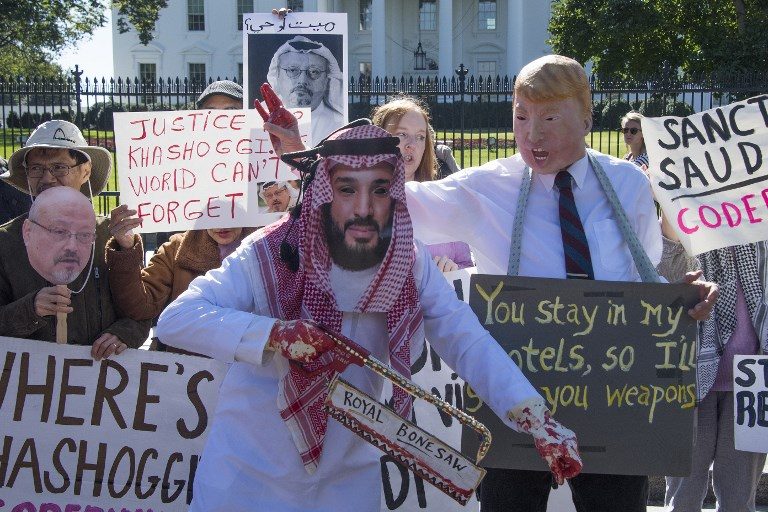 “Today’s verdicts were an important step in holding those responsible for this terrible crime accountable,” a State Department official told reporters after the ruling, which was lambasted as a travesty by Turkey, rights groups, and The Washington Post, to which Khashoggi contributed. (READ: Saudis’ Khashoggi verdict ‘far from’ justice– Turkey)

“We’re pressing them for more transparency and for holding everybody accountable.”

Riyadh has described the murder as a “rogue” operation, but both the CIA and a United Nations special envoy have directly linked Prince Mohammed to the killing, a charge the kingdom vehemently denies.

The government of US President Donald Trump has been careful to not attribute such blame to the prince, giving priority to maintaining good relations with the kingdom which is a major arms buyer and ally against Iran. – Rappler.com