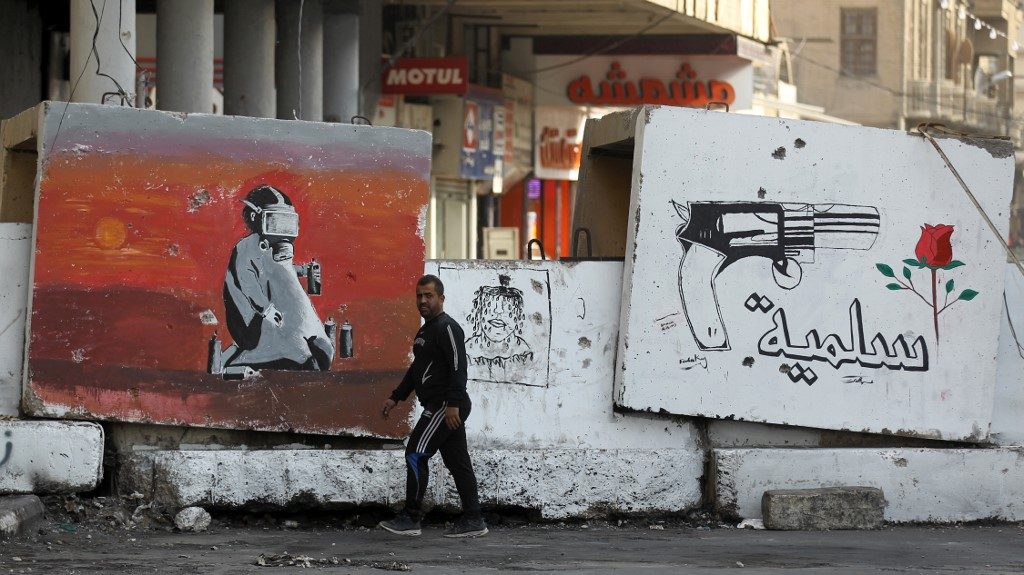 The demonstrators oppose the entire political class and have vented their anger against leaders who are negotiating to nominate an establishment insider as the next prime minister.

“The government is hostage to corrupt parties and sectarian divisions,” said one activist, Sattar Jabbar, 25, in the southern city of Nasiriyah.

Smoke and flames from burning tyres in Nasiriyah, Basra and Diwaniyah blocked major roads and bridges across the Euphrates all night, AFP correspondents said, before some of these roadblocks were lifted in the morning.

In Nasiriyah, demonstrators set the provincial government building ablaze overnight for a second time since the protests began, and protesters also torched the new headquarters of a pro-Iran militia in Diwaniyah.

After dwindling, the street campaign has gained new vigour in recent days to rally against widespread corruption and a political system seen as beholden to neighbouring Iran.

Government offices and schools remain closed across almost all of Iraq’s south.

Pro-Iranian factions have for several weeks touted outgoing higher education minister Qusay al-Suhail for the post of prime minister, but his nomination was opposed by President Barham Saleh.

Those factions are now lobbying for Assaad al-Aidani, the governor of Basra – another unpopular choice with demonstrators.

“We don’t want Assaad the Iranian!” shouted protesters in Kut, a southern city.

The protesters want a technocratic premier who has had no involvement in the political system set up after the US-led invasion that toppled dictator Saddam Hussein in 2003.

Around 460 people have been killed and 25,000 wounded in nearly three months of clashes between protesters and security forces. – Rappler.com