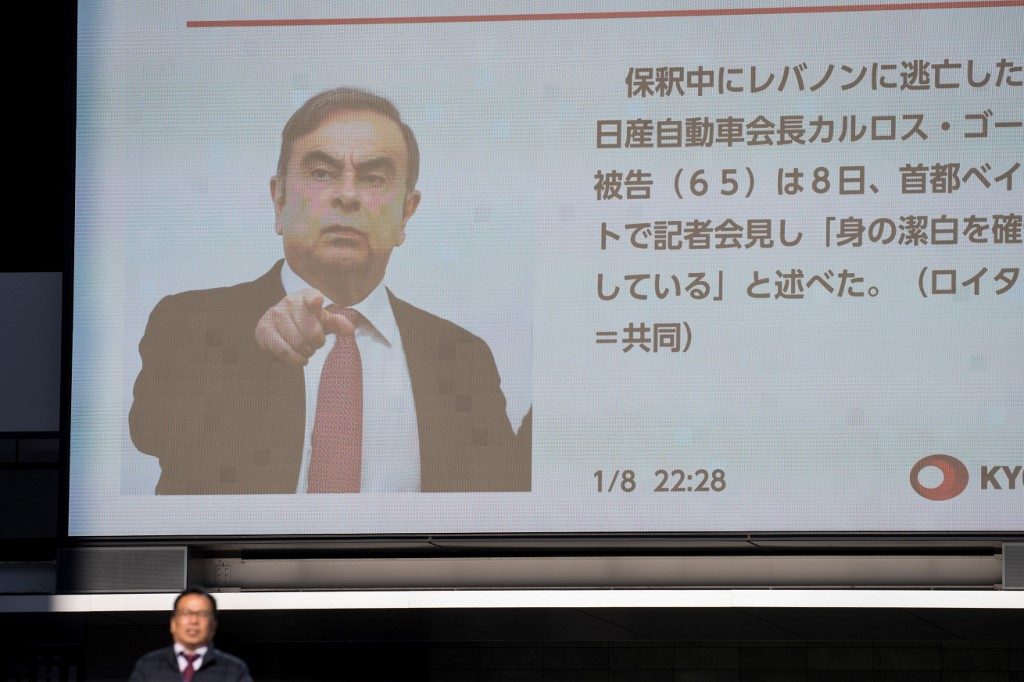 TOKYO, Japan – Japan’s legal system came under the spotlight when Carlos Ghosn launched a vigorous self-defense in his first public appearance since jumping bail and fleeing to Lebanon.

The former Renault-Nissan chief slammed everything from the country’s sky-high conviction rate to the conditions he faced during 130 days of pre-trial detention.

Here are some of his main criticisms, and how Japanese officials responded:

When it comes to convictions, Japanese prosecutors boast a success rate that their peers around the world might consider enviable.

They win more than 99% of the cases they bring to trial, and Ghosn cited this astonishing rate as evidence that he would not get a fair hearing.

“I was facing a system where the conviction rate is 99.4%,” he said, claiming that the rate for foreigners was likely even higher.

Japan does not dispute that its prosecutors win almost all of the cases they bring to trial, but says this is simply evidence that they do not start legal action lightly.

Prosecutors “only indict a suspect where there is a high likelihood of a court’s conviction based on sufficient evidence, so as to avoid an innocent person (having) to suffer,” Justice Minister Masako Mori said in response to Ghosn’s criticism.

“It is wrong to argue that a person cannot obtain a fair judgement because of the high conviction rate in Japan.”

Ghosn spent more than 4 months in detention over two periods after his shock November 2018 arrest, with the first stint lasting a full 108 days before he finally won bail.

He and legal team referred to the extended periods of detention as “hostage justice”, arguing the prosecutors were trying to break his will and force him to confess to financial misconduct charges that he continues to deny.

He said he felt “subject to a system whose only objective is to coerce confessions, secure guilty pleas.”

Japan’s legal system allows for long periods of detention before a trial begins, and critics at home and abroad have argued that prosecutors hold suspects before indicting them as a tool to extract confessions.

Prosecutors fought hard to keep Ghosn behind bars, arguing that he could flee if released because of his extensive financial means and international contacts.

“Ghosn was deemed a high flight risk, which is obvious from the fact that he actually fled and illegally departed the country,” prosecutors said after the tycoon’s Wednesday press conference.

Ghosn slammed the conditions he experienced at the Tokyo Detention House in Kosuge, saying he was interrogated around the clock without his lawyer, held in a cell where the lights never went out and only allowed to shower twice a week.

Japanese prisons are not usually singled out for criticism by international rights groups, with violence rare and individual cells of about 6.5 square metres (70 square feet) or slightly larger.

Officials defend the rules governing interrogations, saying questioning is videotaped and suspects can refuse to answer questions. Those in detention also have the right to meet their lawyers outside of interrogations.

When Ghosn finally won bail for a second time, his release came with strict conditions: surveillance of his home, access to the internet at his lawyer’s office only, and restrictions on his contact with his wife Carole. (READ: Tokyo prosecutors obtain arrest warrant for Ghosn’s wife)

Prosecutors argued that she was party to one of the charges and the couple could tamper with evidence. Ghosn had to get court permission before contacting her via video conference, which he was able to do just twice.

And they said the strict rules were necessary to prevent him from fleeing the country.

Ghosn slammed the conditions as vindicative, saying prosecutors specifically blocked access to Carole to “break” him and that his decision to flee was motivated in large part by the rule.

“Maybe for a lot of people it would have been not a punishment not to see their wife, but for me it was,” he joked. – Rappler.com