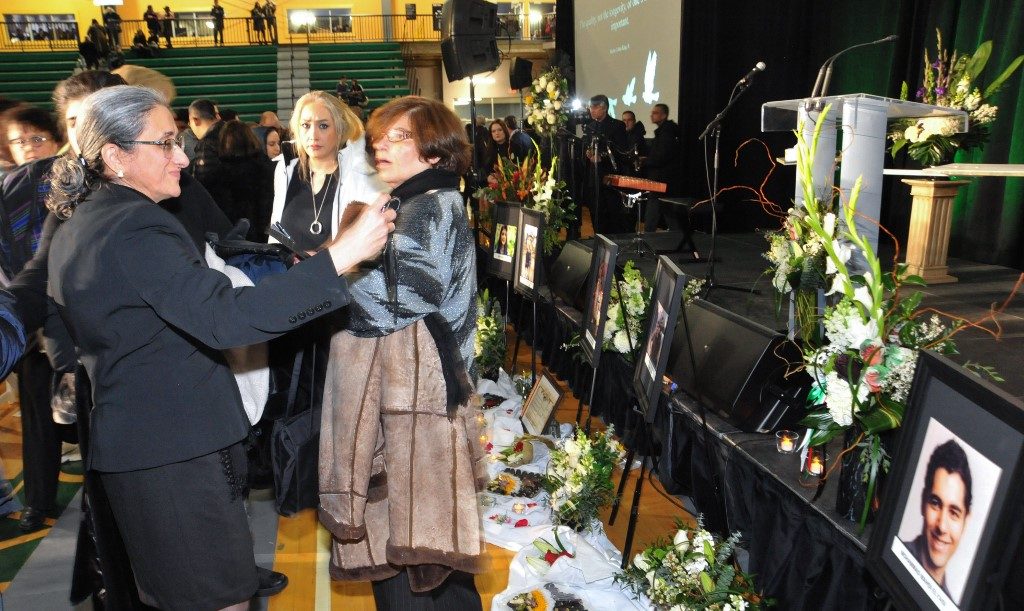 TEHRAN, Iran (UPDATED) – Iran denied a “cover-up” Monday, January 13, after taking days to reveal an airliner was accidentally shot down last week, a disaster that sparked demonstrations and calls for a fully transparent investigation.

The Ukraine International Airlines Boeing 737 was brought down by a missile shortly after taking off Wednesday from Tehran, killing all 176 passengers and crew on board.

On the diplomatic front, Iran warned Britain against “interference” in its affairs late Monday, signalling it could expel the UK’s ambassador, in an escalating row over his attendance at a vigil for those who died that turned into a demonstration.

The Kiev-bound plane was knocked out of the sky hours after Tehran had launched a wave of missiles at US troops in Iraq in retaliation for the killing of a top Iranian general.

The Islamic republic for three days denied Western claims based on US intelligence that the airliner had been downed by a missile before acknowledging that version was correct on Saturday.

Its handling of the matter saw a memorial at a Tehran university turn into a demonstration on Saturday evening before it was dispersed by police.

Demonstrations were also held in the capital on Sunday night, according to unverified videos shared online, but it was difficult to assess how many people attended.

Protesters chanted “Death to dictator” and against the Revolutionary Guards, Fars news agency said, a rare move for a country where media usually refer to demonstrators as “rioters” and refrain from publishing such slogans.

“In these sorrowful days, many criticisms were directed at relevant officials and authorities,” said government spokesman Ali Rabiei.

“Some officials were even accused of lying and a cover-up but, in all honesty, that was not the case.”

The spokesman said all details provided by officials before Saturday’s revelation had been based on the information they had.

“All of those who expressed opinions on those days, at the peak of America’s psychological war… did so based on existing information at the time.”

But Iran’s foreign ministry hit back, calling for “an immediate halt to all interference and provocation by the British embassy.”

It also warned Iran’s response “will not be limited to summoning the ambassador (to the ministry) if this attitude persists.”

Germany called on Iran to allow people to show their grief and “protest peacefully and freely.”

In a video circulating online, a woman is seen on the ground, with blood splattered on the pavement near her, as others try to pick her up, some saying “she’s been shot.”

Tehran’s police chief, however, said officers had been ordered to show “restraint” after Sunday night’s gathering at iconic Azadi Square south of the city centre.

“The police treated the people who had gathered with patience and tolerance,” said General Hossein Rahimi.

“The police did not shoot at the gatherings at all because a restraint order (had been issued) for police in the capital.”

President Hassan Rouhani promised a “thorough investigation” into the disaster in a phone call with Sweden’s Prime Minister Stefan Lofven, his office said.

The majority of those on Flight PS752 were Iranians and Canadians, including dual nationals. Others were Ukrainians, Afghans, Britons, seven Swedes and 10 people who resided in the Scandinavian country.

“We must strive to ensure that such a shocking incident is not repeated anywhere in the world,” Rouhani said.

The president noted the disaster occurred at a time of heightened tensions in the region after a US drone strike killed Iranian general Qasem Soleimani in Baghdad on January 3.

“We must all join hands to bring security back to the region and allow peace to prevail.” (READ: Iran agrees de-escalation ‘only solution’ to solve crisis with U.S.)

Iran has come under mounting international pressure to ensure its investigation into the tragedy is full and transparent.

Prime Minister Justin Trudeau told a memorial event in Edmonton for the 57 Canadians who lost their lives that “this tragedy struck our Iranian-Canadian community.”

“We want to assure all families and all Canadians that we will not rest until there are answers… (and) there is justice and accountability,” the Canadian leader said.

Iran has invited experts from Canada, France, Ukraine and the US to take part in the probe.

Despite footage from the site of the disaster appearing to show bulldozers at work, the Revolutionary Guards’ top commander denied evidence had been tampered with.