China locks down cities to curb virus, but WHO says no global emergency 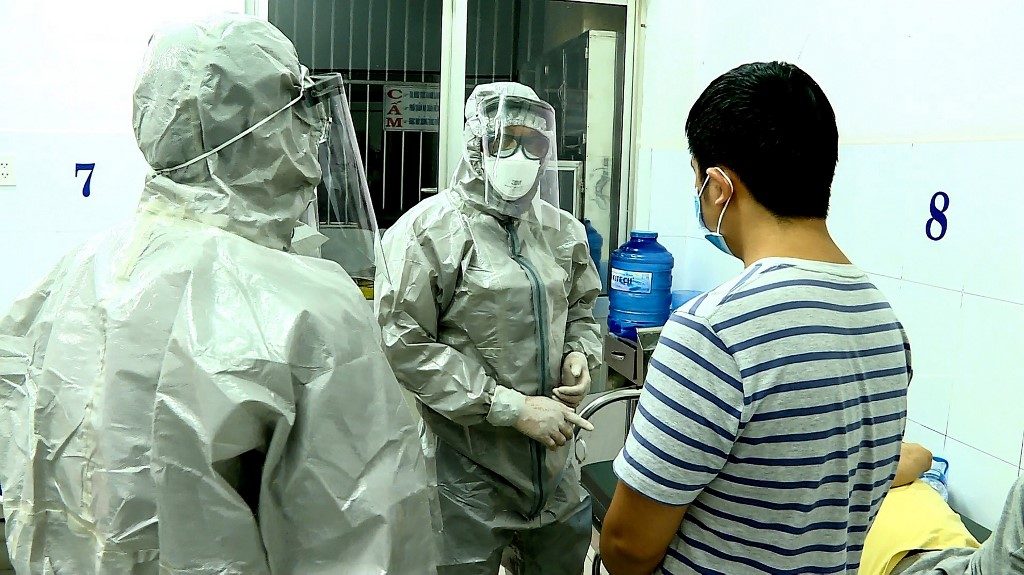 Facebook Twitter Copy URL
Copied
(UPDATED) 'We are feeling as though it is the end of the world,' says one Wuhan resident on China's Twitter-like Weibo platform, voicing concerns about shortages of food and disinfectant

WUHAN, China – (UPDATED) China locked down some 20 million people at the epicenter of a deadly virus outbreak on Thursday, January 23, but the World Health Organization said the disease did not yet constitute a global health emergency.

The respiratory virus has claimed 18 lives since emerging from a seafood and animal market in the central city of Wuhan, infected hundreds of other people and been detected as far away as the United States.

The new virus has caused alarm because of its similarity to SARS (Severe Acute Respiratory Syndrome), which killed nearly 650 people across mainland China and Hong Kong in 2002-2003.

But after two days of talks to determine the level of global concern, the World Health Organization on Thursday stopped short of declaring a so-called a public health emergency of international concern – declaration used for the gravest epidemics.

“This is an emergency in China, but it has not yet become a global health emergency,” WHO chief Tedros Adhanom Ghebreyesus told reporters in Geneva.

WHO had postponed its decision by a day, after Chinese authorities announced unprecedented measures to rein in the spread of the virus.

China has effectively quarantined nearly 20 million people across Wuhan and other cities, and announced measures to curb the disease nationwide as hundreds of millions of people began travelling across the country this week for the Lunar New Year holiday.

‘End of the world’

Beijing cancelled massive gatherings that usually attract throngs at temples during the New Year holiday, while the historic Forbidden City will close from Saturday.

Streets and shopping centres in Wuhan were eerily quiet after authorities told residents not to leave the major city of 11 million people, where most of the cases have been identified.

Trains and planes out of Wuhan were indefinitely suspended and tollways on roads out the city were closed, leading to fear and panic for those who were trapped.

“We are feeling as though it is the end of the world,” said one Wuhan resident on China’s Twitter-like Weibo platform, voicing concerns about shortages of food and disinfectant.

Authorities in neighbouring Huanggang City also announced public transport and train services would be suspended at midnight, while people were told to not leave the city of 7.5 million.

Ezhou, a city in Hubei province with a population of 1.1 million, announced the train station had been closed earlier in the day, while 3 other cities in the province announced restrictions on their public transport or roads.

Tedros hailed China for taking “measures it believes appropriate to contain the spread of coronavirus in Wuhan and other cities.”

He stressed though that “we hope that they will be both effective and short in their duration.”

WHO emergency committee chairman Didier Houssin meanwhile told reporters that after receiving “precise information” from Chinese authorities, the health experts had determined that the travel restrictions were “not directly related to a specific evolution of the epidemiology in the city.”

More than 580 people have been infected with the virus across China – with most cases found in Wuhan, where a seafood market that illegally sold wild animals has been identified as the epicenter of the outbreak.

China meanwhile confirmed Thursday the first death from the virus outside the epicenter, bringing the total number of deaths to 18.

The health commission in northern Hebei province – which borders Beijing – said an 80-year-old man diagnosed with the new virus had died.

The other 17 fatalities have all been people aged 48 to 89 and had pre-existing health conditions, Chinese health authorities said Thursday.

The first case of the new virus was confirmed on December 31, and it has since been detected in Japan, Hong Kong, Macau, South Korea, Taiwan, Thailand, and the United States. Singapore and Vietnam confirmed their first cases on Thursday.

Animals are suspected to be the primary source of the outbreak, with studies published this week suggesting the virus may have originated in bats or snakes.

The WHO has confirmed that the new virus can be passed between people, at least those in close contact. Chinese health officials warned it could mutate and spread further.

But Tedros stressed Thursday there was so far “no evidence of human-to-human transmission outside China.”

If WHO had declared a global emergency, it would prompt countries to intensify their cooperation towards reining in the virus, including possibly on trade and travel restrictions – something the organization is not recommending for the time being.

Countries have already increased efforts to stop the spread of the pathogen – known by its technical name 2019 Novel Coronavirus (2019-nCoV) – with thermal screening of all passengers arriving from China at airports in a number of countries.

Several companies have also begun exploring developing a vaccine for the virus, with hopes that initial clinical trials could be carried out within months.

Tedros meanwhile hailed China for quickly spotting the new virus and for its “cooperation and transparency” in sharing vital information about it with the international community.

But a senior US State Department official said Washington was “still concerned” about transparency in the Chinese government.

During the SARS epidemic, the Chinese government took months to report the disease and initially denied WHO experts any access.

WHO’s emergency committee stressed the need for international vigilance and information sharing, and recommended a new meeting in “a matter of days to examine the situation further.” – Rappler.com