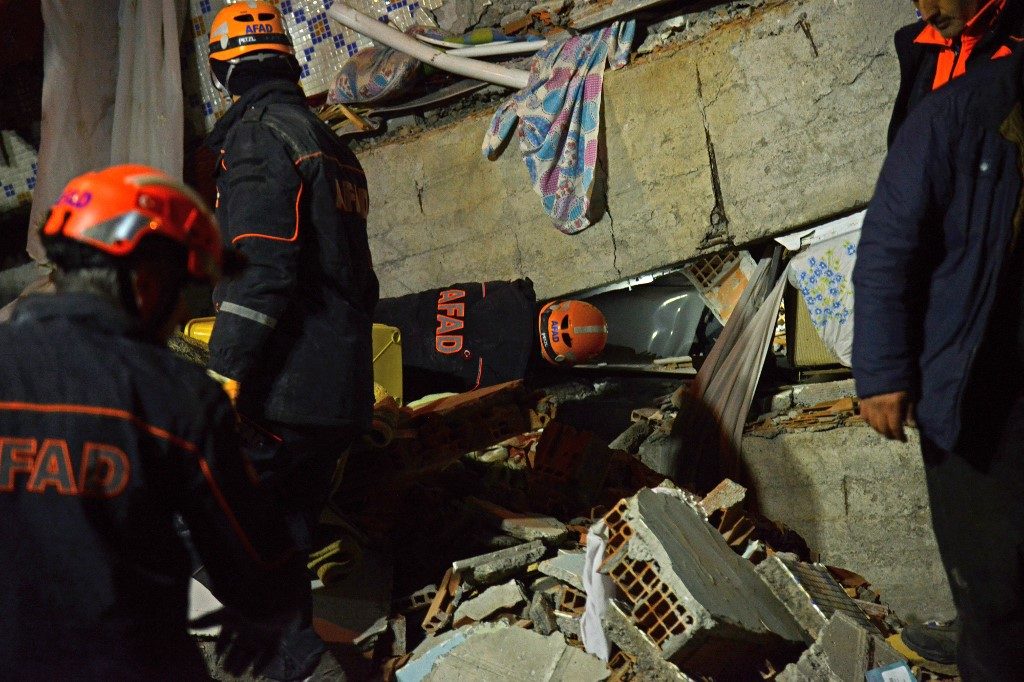 The magnitude 6.8 quake hit on Friday evening, with its epicenter in the small lakeside town of Sivrice in Elazig province but also affected neighboring cities and countries.

The Turkish government’s disaster and emergency management agency (AFAD) said 31 people died, the majority in Elazig but at least 4 in nearby Malatya, and 1,607 were injured.

Rescuers scrambled all of Saturday and searched Sunday to rescue people alive from under the rubble. The latest number of individuals rescued was 45, according to AFAD.

Nearly 80 buildings collapsed while 645 were heavily damaged in Elazig and Malatya, the agency said in a statement.

President Recep Tayyip Erdogan promised Saturday that Turkey’s housing agency TOKI would “do whatever is necessary and make sure no one is left without a home.”

He attended the funeral of a woman and her son in Elazig Saturday, later visiting Malatya after cancelling a speech in Istanbul. – Rappler.com