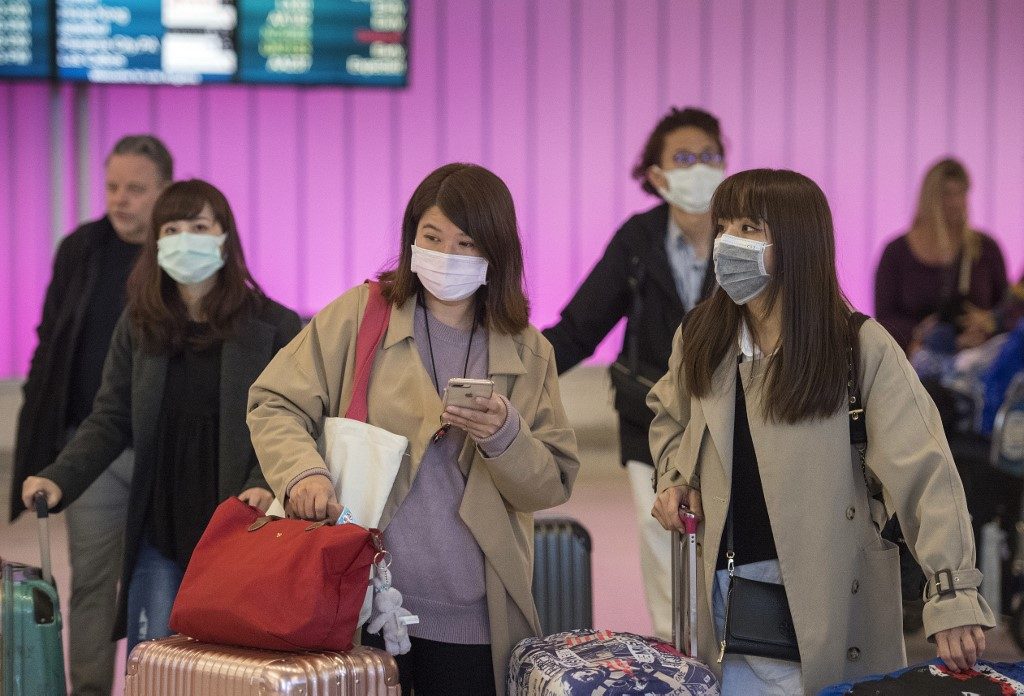 BEIJING, China – Countries are scrambling to airlift their citizens from the Chinese city of Wuhan as it struggles to get to grips with the spread of a SARS-like virus which has claimed more than 200 lives nationwide.

The United States, France, and Japan are among nations that have already sent aircraft to remove their nationals. (READ: WHO declares international emergency over novel coronavirus)

Authorities will have to “really, really clean the airports and prevent transmission at every step of the logistics – it’s a huge risk”, said Wang Linfa, director of the Emerging Infectious Diseases program at Duke-NUS Medical School in Singapore.

The International Air Transport Association (IATA) says the risk of contracting a disease on board a plane is in general similar to other confined, crowded spaces such as buses or trains.

“That said, the risk on airplanes is probably lower than in many confined spaces because modern planes have cabin air filtration systems equipped with HEPA filters,” it adds.

How are airlines preventing infection?

Singaporean airline Scoot, which flew home 92 people to the Southeast Asian city-state on Thursday, January 30, provided surgical masks to all passengers and required its crew to wear the more effective N95 masks and surgical gloves.

To limit physical interaction, food packs were left on seats before take-off and no meals or drinks were distributed in-flight.

Scoot said temperature screening was conducted at check-in and again before boarding, and those with a fever were prevented from flying.

“There are risks but on the other hand, the risks of leaving them at the epicenter of the global outbreak are significantly higher with the strain on resources there,” said Paul Tambyah, an infectious diseases expert at the National University of Singapore.

International aviation agencies have protocols for evacuations that include having empty seats between passengers and ensuring good air quality and flow, he added.

What about the foreigners left behind?

Thousands of non-Chinese citizens remain trapped in Wuhan watching helplessly as others are flown home on government-chartered flights.

Many left in the city have described an atmosphere of fear and confusion as well as uncertainty about food supply. Wuhan is a virtual ghost town, with restaurants and shops shuttered.

“It’s unfortunate but citizens of countries that don’t have that kind of diplomatic wherewithal are going to have to deal with the situation that they’re presented with,” said China analyst Drew Thompson, a former US Department of Defense official.

“They’re going to have to hunker down…and stay in contact with their embassies, and make do, just like their Chinese friends and counterparts.”

What happens after they return home?

Quarantine arrangements for evacuees vary from country to country.

Two of Wednesday’s returnees initially refused to be tested for the virus although officials said the pair were later willing to be checked.

“It’s a difficult scenario,” said Wang. “You just do your best to…educate the citizens, to say, ‘we’ll help you to help us’.”

“In most circumstances self-quarantine is more than enough if the citizen is educated.”

In South Korea 18 passengers on an evacuation flight were immediately sent to hospital on arriving back in their country Friday after displaying symptoms of the coronavirus.

How long is the quarantine period?

French and British returnees will undergo a 14-day quarantine, while Americans will be voluntarily isolated for 3 days at a US airbase.

The virus’s incubation period, during which patients are infected but show no symptoms, is 2-17 days, meaning a two-week quarantine should catch about 99% of cases, said Wang.

“It’s all about risk assessment,” he said. “There’s no such thing as a single quarantine (type) for all citizens in all countries coming from any part of the world.” – Rappler.com