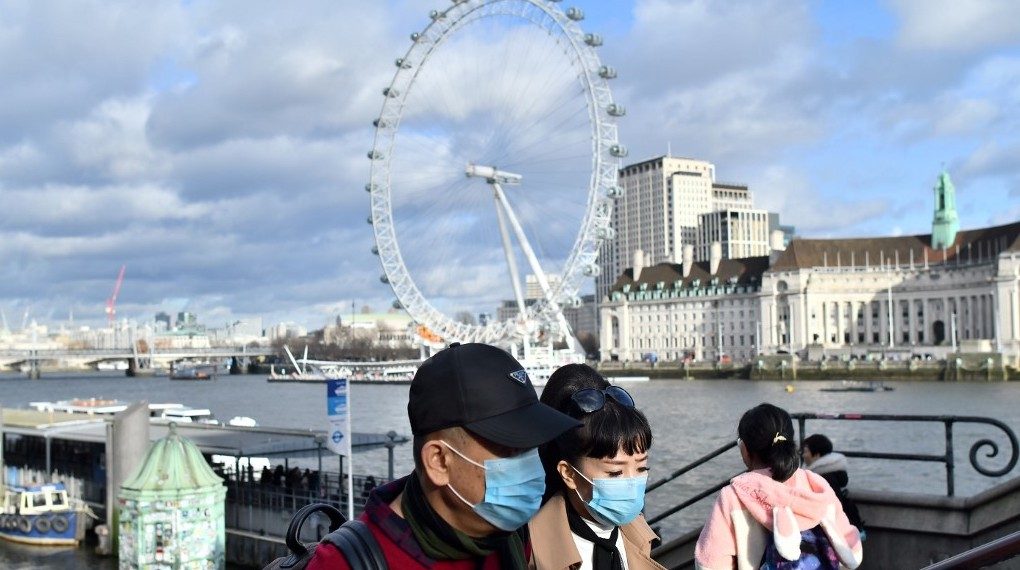 The announcement came as 83 British citizens arrived back on a UK government-chartered flight from Wuhan, the Chinese city at the center of the epidemic which has so killed 213 people.

The plane carrying the Britons and 27 other foreign nationals landed at the Brize Norton military airbase in south central England shortly after 1:30pm (1330 GMT).

EU citizens on board will continue on to Spain while British families disembarking were set to be isolated for 14 days at a medical facility in the country’s northwest.

With a growing number of cases reported in at least 19 other countries, the World Health Organization on Thursday, January 30, declared an international public health emergency.

Chris Whitty, Chief Medical Officer for England, insisted the country was “extremely well-prepared” and that officials were working with the WHO and others “to ensure we are ready for all eventualities.”

“We can confirm that two patients in England, who are members of the same family, have tested positive for coronavirus,” he said in a statement.

Whitty added the patients were receiving specialist care, including “tried and tested infection control procedures to prevent further spread of the virus.”

He added officials were working to identify any contacts the two patients had.

The domestic Press Association news agency reported they were being treated at a hospital in Newcastle, northeast England.

Other media reports said they had been staying at a hotel in the northern county of Yorkshire when they fell ill.

“It is not surprising that we now have two confirmed cases in the UK as we live in a global world,” said Devi Sridhar, Professor of Global Public Health at the University of Edinburgh.

China’s National Health Commission revealed Friday that nearly 10,000 people there have been infected by the novel coronavirus.

Wuhan, a city of 11 million people, has been subject to an unprecedented lockdown, preventing residents from leaving in a bid to stop further spread.

Thousands of foreigners were among the millions of people confined in the metropolis, and numerous countries have begun airlifting their nationals out.

British diplomatic staff had been “working round the clock” to organize Friday’s airlift, and had expected to evacuate up to 200 people but only 110 boarded.

“We will work with our international partners on further assistance for those who remain,” a spokesman for Prime Minister Boris Johnson said.

The British families arriving at the Royal Air Force’s Brize Norton base will be ferried by bus for the two-week quarantine at Arrowe Park Hospital in The Wirral in northwest England.

They will stay in accommodation usually used by health service staff, and will have access to the internet.

Anyone with suspicious symptoms will be taken to the nearby Royal Liverpool and Broadgreen Hospital, which has a high-level infectious diseases unit.

“We know how distressing the situation has been for those waiting to leave.” – Rappler.com