Drunk driver slams into group of kids, kills 4 in Australia 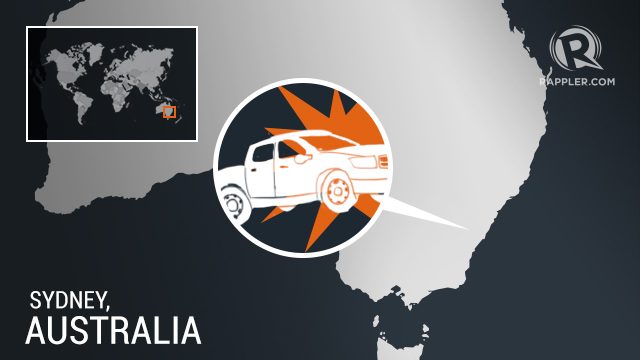 SYDNEY, Australia – A drunk driver slammed his pickup truck into a group of children in Sydney, killing two sisters, their brother, and a cousin and seriously injuring 3 others, police alleged on Sunday, February 2.

The 29-year-old driver was charged with manslaughter and high-range drunk driving following the incident late Saturday in the Oatlands suburb of western Sydney.

The children were on a footpath when the four-wheel drive jumped the curb and rammed into them, police alleged.

Three girls aged 8 to 12 and a 13-year-old boy died at the scene and two other girls and a boy were injured and taken to hospital, where they were in a stable condition Sunday, police said.

The dead included two sisters and their brother, 3 of the 6 children of Daniel and Leila Abdallah.

“Yesterday I lost 3 of my children. I had a cousin, Bridget, she lost her daughter as well,” Daniel Abdallah told reporters Sunday morning.

“I’m numb, probably that’s how I feel at the moment,” he said.

“All I just want to say is, please, drivers be careful. These kids were just walking innocently, enjoying each others’ company and this morning I woke up, I have lost three kids.”

The driver, whose name has not been released, was due in court Sunday facing 20 charges. – Rappler.com