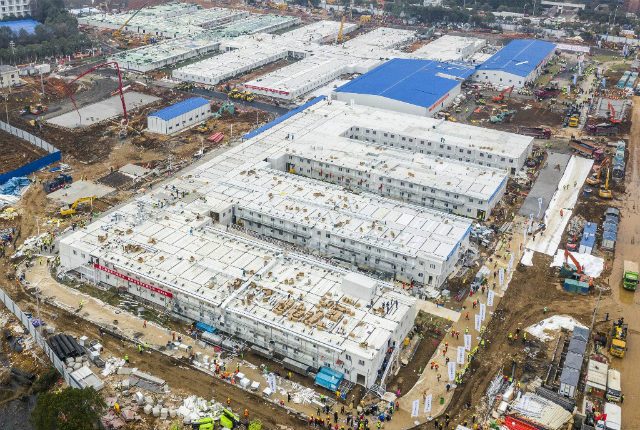 BEIJING, China – China’s army on Sunday, February 2, was given control of a nearly-finished field hospital that will treat patients at the epicentre of a deadly virus epidemic that has severely strained medical facilities.

Some 1,400 military medics will treat patients at the 1,000-bed hospital, dubbed “Fire God Mountain,” which will receive its first patients on Monday – just 10 days after construction began, according to state media.

The official Xinhua news agency said many of the staff were involved in the fight against another coronavirus, SARS (Severe Acute Respiratory Syndrome), which killed some 650 people in mainland China and Hong Kong in 2002-2003.

It is one of two makeshift medical facilities that the authorities decided to build in order to relieve hospitals swamped with patients in Wuhan, the central city at the epicenter of the national health emergency.

People in the city of 11 million people, which has been under quarantine for more than a week, have complained of waiting hours in line to see a doctor.

The new coronavirus, which is believed to have originated at a wild animal market in Wuhan, has killed more than 300 people and infected another 14,000.