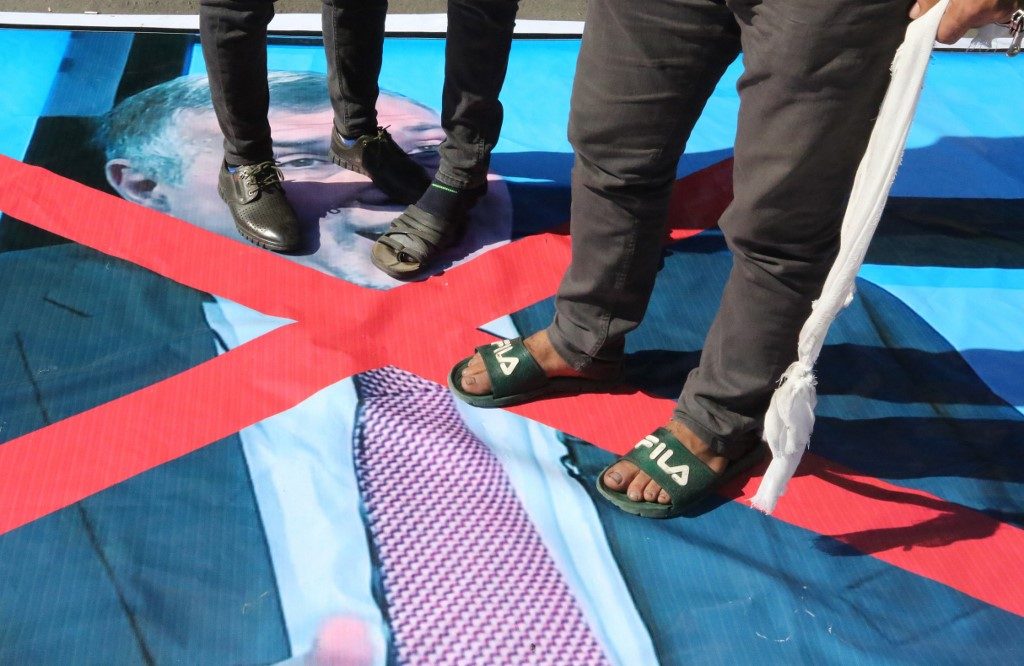 BAGHDAD, Iraq – Protest camps across Iraq began fracturing on Monday, February 3, into separate clusters over whether to back premier-designate Mohammad Allawi, marking a pivotal point for the four-month-old movement.

Allawi’s nomination on February 1 has so far failed to quell the rallies sweeping Baghdad and the mainly-Shiite south, where young demonstrators have demanded nothing short of a total government overhaul.

Most young protesters have rejected Allawi, who was twice communications minister, as too close to the ruling elite and a product of consensus among much-reviled parties.

But powerful cleric Moqtada Sadr, who has backed the rallies and demanded reform, has both welcomed Allawi’s appointment and urged his followers to stay in the streets.

That has sparked confusion and created a rift in protest squares across Iraq between organized Sadrists and angry, leaderless youth.

Late Sunday, February 2, demonstrators opposed to Allawi’s nomination began clustering their tents closer together in Baghdad’s Tahrir Square, away from those occupied by Sadrists.

“They’re split into two parts now, and there are plenty of people on both sides. I’m worried about a clash,” one long-time protester in Tahrir told Agence France-Presse (AFP).

Earlier, dozens of Sadrists – identifiable by their blue caps – had stormed a key building in Tahrir that was occupied for months by protesters, driving out activists and removing banners listing their demands.

Sadr, a 45-year-old figure with a cult-like following across Baghdad, endorsed the protests when they broke out in October but has repeatedly rethought his support.

‘Not the people’s choice’

On Sunday, he condemned student sit-ins and road closures, the two tactics most used by protesters, and tweeted that “the ‘blue caps’ must coordinate with security forces and education directorates” to reopen schools and streets.

The next morning, Sadrists deployed at schools and public offices in the southern cities of Kut and Hillah to ensure they would fully reopen after intermittent closures due to the rallies, AFP reporters said.

In Nasiriyah, a southern city where government offices have been shut for months by the rallies, leading protest symbol Alaa Rikaby said it was a “critical time” for the movement.

Rikaby, a pharmacist by training, insisted Allawi was “not the people’s choice” and appeared to try to steal Sadr’s thunder.

“Let’s take the initiative to open schools and public offices starting tomorrow, so as not to lose this opportunity to anyone else,” Rikaby said in a video posted to Twitter.

Further south in the oil-rich port of Basra, university students also relocated their tents overnight to move away from those occupied by Sadr supporters, AFP’s correspondent there said.

“If Sadrists come to the protest square, don’t come into contact with them, don’t make problems,” one organizer there called out over a loudspeaker.

The divisions appear to have worried the incoming premier, who has asked demonstrations to “pull back the fuse of conflict.”

“Otherwise, we will lose what great achievements we have made and drag our country into the abyss,” Allawi said in an overnight tweet.

Allawi, 65, launched his political career in the aftermath of the US-led invasion of Iraq in 2003, first as a parliamentarian and then twice as communications minister under former premier Nuri al-Maliki.

But he resigned both times, alleging mass graft in a country considered among the top 20 most corrupt in the world by watchdog group Transparency International.

His appointment came after crisis talks prompted by President Barham Saleh, who threatened to select his own candidate if parliamentary blocs did not agree on someone by February 1.

The negotiations were highly secretive and it remains unclear what unlocked the deal that saw Allawi announce his own nomination Saturday, February 1, in a video posted to Twitter.

Former premier Adel Abdel Mahdi has congratulated his successor and the pair met on Sunday to ensure a “smooth transition.”

Allawi has until March 2 to form his cabinet, which he insisted would be staffed based on skill, not nepotism.

It would be subject to a vote of confidence from parliament, at which point Allawi’s term would officially begin.

He is expected to oversee early parliamentary elections under a new voting law but no date has yet been set.

On Sunday, Allawi received his first public congratulations from a foreign counterpart in a phone call with Jordanian Prime Minister Omar al-Razzaz. – Rappler.com