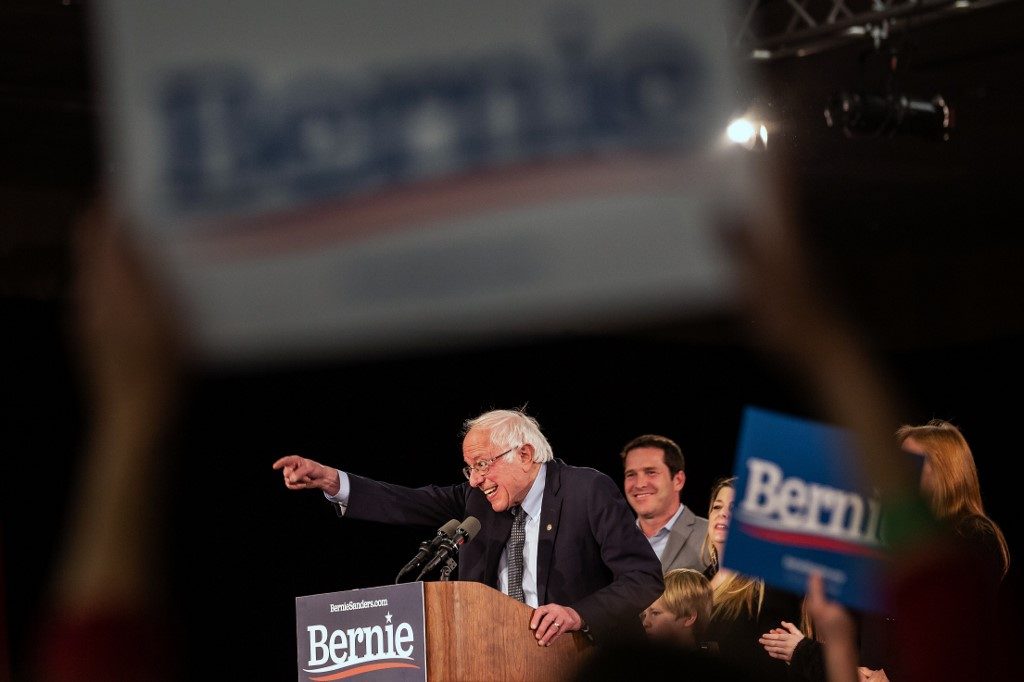 Facebook Twitter Copy URL
Copied
'From where I come from, the person who gets the most votes wins,' Sanders says

Sanders, the leftist senator from Vermont, and Buttigieg, the former mayor of South Bend, Indiana, have been separated by a razor-thin margin in the results released so far from Monday’s caucuses.

Buttigieg declared himself the winner based on the number of delegates from the Midwestern state who will be sent to the Democratic convention in July while Sanders staked his claim based on the popular vote. (READ: Iowa caucuses: What you need to know)

Three days after the caucuses, the final results are yet to be released and some doubts have been raised about their accuracy.

“Enough is enough,” Perez said on Twitter. “In order to assure public confidence in the results, I am calling on the Iowa Democratic Party to immediately begin a recanvass.”

Perez said it would involve an examination of the results from each caucus site rather than a full recount.

Massachusetts progressive Senator Elizabeth Warren was next with 18.2% followed by former vice president Joe Biden with 15.8% and Minnesota Senator Amy Klobuchar with 12.2%.

“It has been an extraordinary week, and we are absolutely electrified… by the extraordinary validation of this campaign’s vision that we had in Iowa,” Buttigieg told military veterans and other voters Thursday at American Legion Post 98 in Merrimack, New Hampshire.

He also turned an eye toward the state’s intense primary vote, to be held Tuesday, February 11.

“So I know in the days leading up to primary day it is my responsibility to seek to earn every vote in a state that famously thinks for itself, in a state that lives by the motto of ‘Live Free or Die.'”

Sanders, speaking Thursday in nearby Manchester, pointed to his lead in Iowa’s actual vote totals.

“In other words, some 6,000 more Iowans came out on caucus night to support our candidacy than the candidacy of anyone else,” he said.

“From where I come from, the person who gets the most votes wins,” Sanders said, arguing that too much emphasis was being put on delegate totals.

At the end of the day, he said, the caucus system is “much, much, much too complicated” and it was a mistake for the state party to “rely on untested technology.”

Party officials have blamed the technical meltdown on a “coding error.”

President Donald Trump pounced on the debacle in the first-in-the-nation contest to decide which Democrat faces him in November.

“The Democrats, they can’t count some simple votes, and yet they want to take over your health care system,” Trump said in remarks celebrating his acquittal at his Senate impeachment trial.

Buttigieg appeared to be getting a bounce from his strong Iowa performance as the latest New Hampshire poll showed the centrist candidate in second place in the Granite State.

The Boston Globe/WBZ-TV/Suffolk University poll had Sanders, who won the New Hampshire primary 4 years ago before eventually losing the nomination to Hillary Clinton, topping the field with 25%.

Buttigieg’s support surged to 19% from 12% on Monday, February 3, according to the poll, while Biden saw his backing slide over the same period.

Biden, the national frontrunner who described his likely fourth-place finish in Iowa as a “gut punch,” met with advisors on Thursday to map out strategy.

“I expected to do better,” Biden, 77, said as he launched attacks on rivals.

“If Senator Sanders is the nominee for the party, every Democrat in America…will have to carry the label Senator Sanders has chosen for himself,” Biden said of the self-described democratic socialist.

Biden, who served in the Senate for 36 years before becoming Barack Obama’s vice president, said 38-year-old Buttigieg’s lack of experience was “a risk” for Democrats.

The Sanders campaign announced, meanwhile, that it had raised $25 million in January, its largest fundraising month yet.

Pat Clark, a 70-year-old New Hampshire salesman listening to Buttigieg in Merrimack, said he is opposed to Sanders.

“I’m a moderate, so I’m not into giving away the whole store,” Clark told AFP, referring to Sanders’ plans for universal health care and tuition-free college.

After New Hampshire, the candidates turn their sights on Nevada on February 22, South Carolina February 29 and then the March 3 “Super Tuesday,” when 14 states hold primaries. – Rappler.com