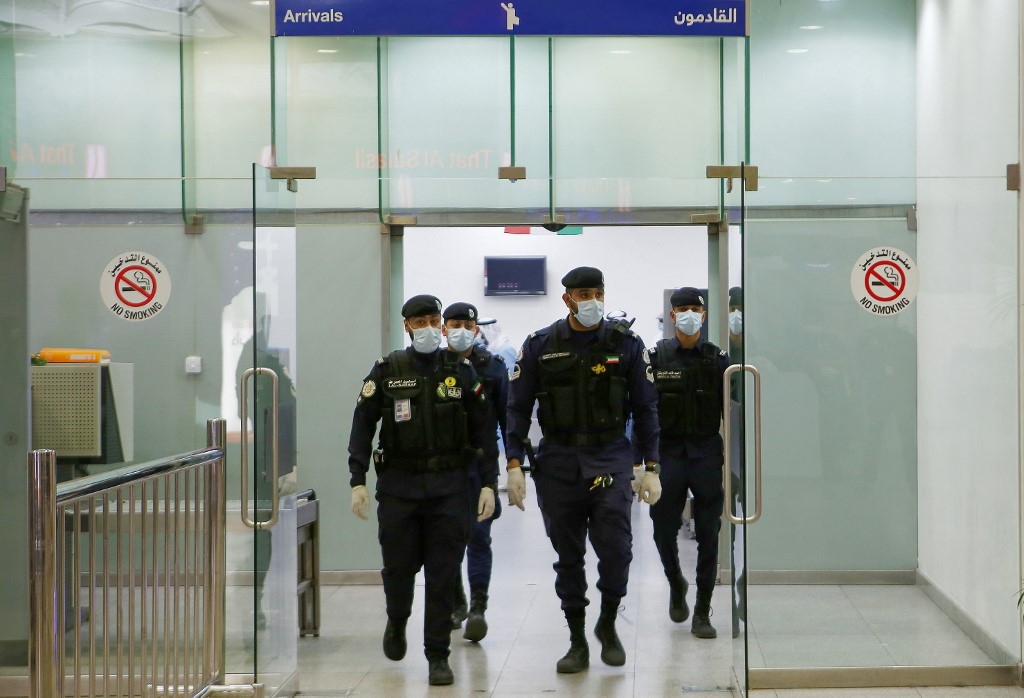 Kuwait reported 3 infections and Bahrain one.

“Tests conducted on those coming from the Iranian city of Mashhad showed there were three confirmed cases of the coronavirus (COVID-19),” the Kuwaiti health ministry said in a statement posted on Twitter.

It said the cases were of a 53-year-old Kuwaiti man, a 61-year-old Saudi citizen and a 21-year-old stateless Arab.

“All 3 cases are under constant observation by the health authority,” the ministry added.

Bahrain’s healthy ministry also reported the country’s first COVID-19 case on Monday after a “citizen arriving from Iran was suspected of having contracted the virus based on emerging symptoms”.

The patient was transferred to a medical centre for “immediate testing”, which proved positive for the infection, the ministry added.

Iran’s confirmed death toll rose to 12 on Monday, with the outbreak prompting travel bans from nearby countries.

Last week, Kuwait announced a ban on entry of all ships from the Islamic republic and enforced a ban on flights to and from the country.

China’s death toll from the new coronavirus rose to 2,592 on Monday, after the National Health Commission reported 150 more fatalities, all but one in the epicentre of Hubei province.

The novel coronavirus has spread to more than 25 countries and is causing mounting alarm due to new pockets of outbreaks in Europe, the Middle East and Asia. – Rappler.com