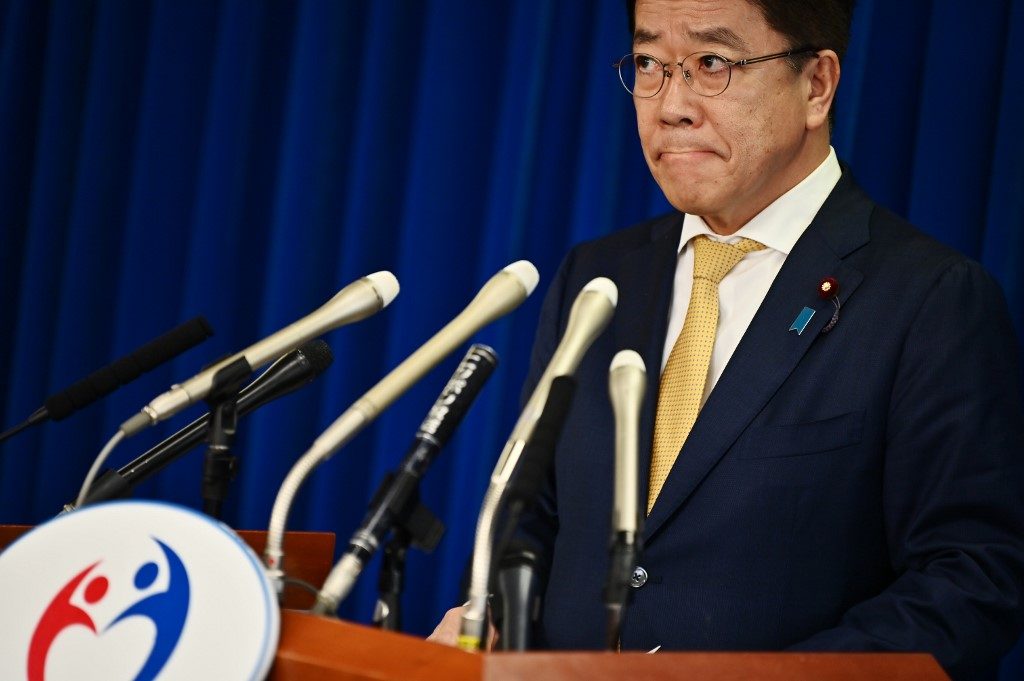 Facebook Twitter Copy URL
Copied
Around 970 were allowed off the boat last week after testing negative for the virus, but several have subsequently been found to be carrying the disease

TOKYO, Japan – Dozens of passengers who were allowed off a coronavirus-stricken cruise ship have developed symptoms including fever and will be asked to take tests for the virus, Japan’s health minister said Wednesday, February 26.

The government has contacted 813 former passengers of the Diamond Princess. Around 970 were allowed off the boat last week after testing negative for the virus, but several have subsequently been found to be carrying the disease.

“We asked all of them (who have symptoms) to see a doctor and to take tests,” Kato said.

(READ: Filipinos who caught virus on Japan ship rise to 80 as repatriation begins)

Japan has come under increasing pressure over its handling of the crisis on the vessel, particularly after it emerged that some passengers allowed to disembark after testing negative were subsequently diagnosed with the virus. (READ: Fourth person from quarantined Japan ship dies – local media)

Those allowed off the ship after a 14-day quarantine were asked to stay inside, but no formal measures restricting their movement were imposed.

As of Wednesday, at least two former passengers in Japan were confirmed infected despite previously testing positive.

Foreign passengers who said they had initially tested negative have also been diagnosed with the virus after being repatriated to Australia and Hong Kong.

Opposition lawmakers have blamed the government for failing to implement a fresh 14-day quarantine after the passengers left the cruise ship.

Countries that repatriated their citizens have required them to undergo another isolation period, suggesting they believe the on-ship quarantine was flawed. – Rappler.com