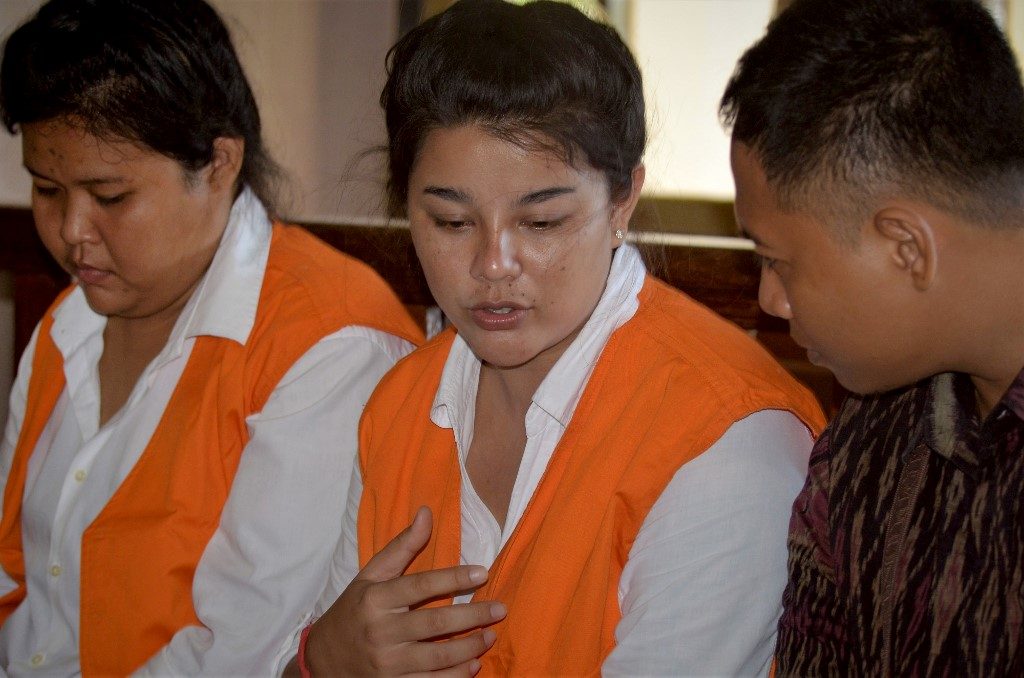 DENPASAR, Indonesia – Two Thai women convicted of smuggling methamphetamine into Bali have escaped a possible death sentence on the Indonesian holiday island after a court sentenced them to 16 years in jail.

The district court in Bali’s capital Denpasar said Kasarin Khamkhao and Sanicha Maneetes – a janitor and an operator of a motorcycle rental shop in Thailand – had shown remorse for their crimes and deserved leniency.

The verdict Wednesday comes 4 months after the pair were arrested by suspicious airport officials who found nearly a kilogram of methamphetamine hidden under their clothes after arriving on a flight from Bangkok.

Muslim-majority Indonesia has some of the world’s toughest drug laws, including the death penalty for traffickers.

At the time of their October arrest, police said the Thai women could face a firing squad if found guilty.

Prosecutors, who had demanded a 19-year jail term, said Wednesday, February 26,  they may appeal against the lighter-than-requested sentences.

The two Thais must also pay 1.0 billion rupiah ($72,000) each in fines or have 3 more months tacked on to their sentence, the court said.

Indonesia has slowed the pace of its executions in recent years despite broad public support for the penalty.

A French drug trafficker briefly on death row saw his sentence reduced to 19 years on appeal.

While death sentences are often reduced to long jail terms, Indonesia has executed foreign nationals in the past, including two Australian masterminds of the Bali Nine heroin gang who were shot in 2015. – Rappler.com