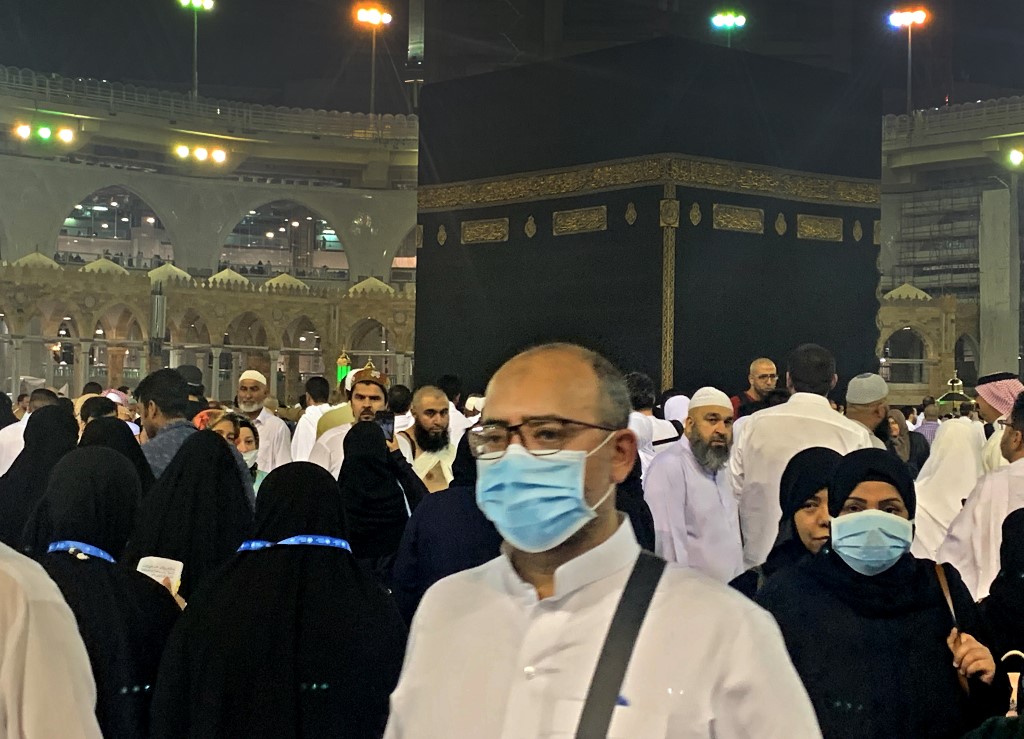 Saudi Arabia, home to Islam’s holiest sites, on Thursday, February 27, suspended entry by foreigners for the year-round “umrah” pilgrimage, an unprecedented move that has left tens of thousands in limbo.

It has also sparked uncertainty over the annual hajj pilgrimage scheduled for July.

But Nadia Bettam, a 50-year-old Algerian donning a veil to perform umrah for the first time, counted herself fortunate as she arrived in Mecca 5 days before Riyadh’s abrupt decision.

“I have no fear. We are in the hands of God,” said Bettam, 50, wearing a face mask and accompanied by her sister Fatima.

“What matters for us is worship, but we are taking precautions.”

Saudi Arabia has so far reported no coronavirus cases but there are mounting concerns over a spike in infections across the Middle East.

On Friday it specifically barred citizens from the six-nation Gulf Cooperation Council from entering Mecca and Medina amid fears over the new coronavirus, the foreign ministry said.

(READ: House leader surprised to be barred from Saudi due to virus travel ban)

GCC citizens can normally enter the kingdom with their national identity document, whereas citizens of other countries require a visa.

The rest is in God’s hands

The Grand Mosque was packed with worshippers like Bettam on Friday, February 28, underscoring how faith often trumps health concerns and the challenge of disease control.

Floors of the Grand Mosque are washed 4 times a day and 13,500 carpets in areas designated for prayer are regularly cleaned, according to the official Saudi Press Agency (SPA).

Grand Mosque official Jaber Wadani said the “best cleaning and sterilization methods” were in use, with all carpets scrubbed and perfumed daily.

Face masks are useful in guarding against infections, said Robina Mahmoud, leading a group of 105 pilgrims from the Netherlands. Her group was also taking precautions such as regularly washing their hands.

“This will definitely protect us, but the rest is in God’s hands,” she said.

Inside the mosque, the area surrounding the Kaaba – a cube structure that is the focal point of Islam – was packed with tens of thousands of worshippers, most of them wearing masks.

Muslims around the world pray in the direction of the Kaaba, which is draped in a gold-embroidered black cloth.

Three pharmacies around the Grand Mosque said they had run out of masks.

“The demand for masks in the last two days is unprecedented,” a Syrian doctor told AFP.

“I have sold 200 boxes in three days, which used to be our monthly stock.”

But other traders reported losses following the decision to suspend umrah visas.

“Whole groups (of pilgrims) have cancelled their (hotel) reservations,” said Mahfouz, an Egyptian who works as an independent travel agent.

“I am still counting my losses.”

The pilgrimage forms a crucial source of revenue for the government, which hopes to welcome 30 million religious visitors annually to the kingdom by 2030.

Alongside Thursday’s pilgrimage curb, it has also temporarily suspended electronic tourist visas for people arriving from seven countries, including China, Italy, Japan, South Korea and Kazakhstan, according to the SPA.

It added that tourist visa holders will not be allowed to visit Mecca and Medina, another holy city.

Authorities insist the suspensions are temporary, but it was unclear when they will be lifted.

“We receive hundreds of thousands of pilgrims every month from different countries around the world,” a Saudi official told AFP.

“If (coronavirus) arrives here and spreads, it will be a global epidemic. The safety of people is more important than performing umrah.”

But many pilgrims appeared defiant.

“How can we be afraid if we are in the house of God?” said 21-year-old Turkish student Hossam Aldin.

“Even if I got the infection, it would be good to die as a martyr here.” – Rappler.com