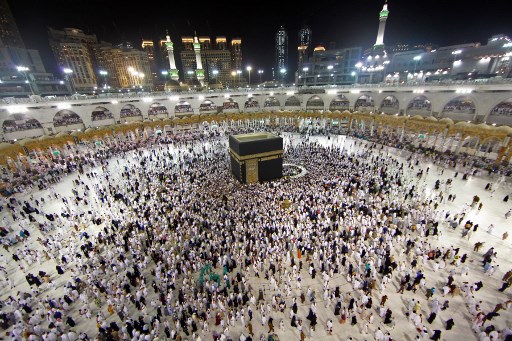 The kingdom said the suspension was provisional, but with the umrah attracting millions of people annually, the decision has a huge potential impact.

The Gulf state has decided “to suspend umrah temporarily for citizens and residents in the kingdom,” the interior ministry said in a statement carried by the official Saudi Press Agency.

They were also barred from “visits to the Prophet’s mosque in Medina,” according to a foreign ministry tweet.

The move comes after authorities, alarmed over the spread of coronavirus across the Middle East, last week suspended visas for the umrah and barred citizens from the six-nation Gulf Cooperation Council from entering Mecca and Medina.

Saudi Arabia on Monday, March 2, confirmed its first case of new coronavirus after one its citizens who had returned from COVID-19 hotspot Iran tested positive.

The umrah, which refers to the Islamic pilgrimage to Mecca that can be undertaken at any time of year, attracts millions of Muslims from across the globe each year.

The decision to suspend the umrah comes ahead of the holy fasting month of Ramadan starting in late April, which is considered a favorable period for pilgrims to perform it.

The holy sites, which draw millions of pilgrims every year, are a key revenue earner for Saudi Arabic.

Around two-thirds of the 18.3 million umrah participants in 2018 were citizens and residents of the kingdom, according to government statistics.

It is unclear how the coronavirus will affect the hajj, due to start in late July.

Some 2.5 million faithful travelled to Saudi Arabia from across the world in 2019 to take part in hajj, which is 1 of the 5 pillars of Islam.

The event is a massive logistical challenge for Saudi authorities, with colossal crowds cramming into relatively small holy sites, making it vulnerable to contagion.

Saudi Arabia’s custodianship of Mecca and Medina – Islam’s two holiest sites – is seen as the kingdom’s most powerful source of political legitimacy.

But a series of deadly disasters over the years has prompted criticism of the Sunni kingdom’s management of the hajj.

In September 2015, a stampede killed up to 2,300 worshippers in the worst disaster ever to strike the pilgrimage.

The government had hoped to welcome 30 million pilgrims to the kingdom annually by 2030. – Rappler.com