Mar 5, 2020 6:03 PM PHT
Agence France-Presse
Facebook Twitter Copy URL
Copied
What may be the most significant case on the subject in decades centers on a law in the state of Louisiana that requires doctors who perform abortions to have admitting privileges at a nearby hospital 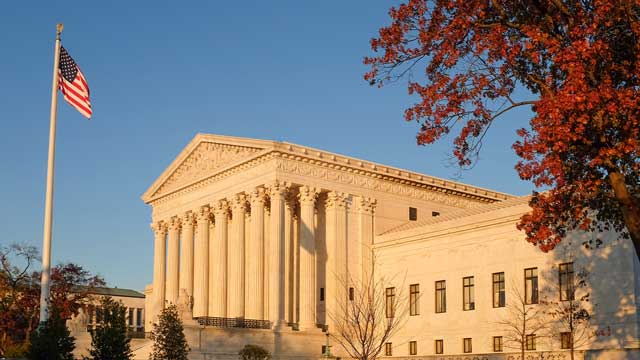 WASHINGTON DC, USA –The US Supreme Court heard arguments Wednesday, March 4,  in a major abortion case for the first time since President Donald Trump appointed two new conservative justices – with the future of the procedure potentially at stake.

What may be the most significant case on the subject in decades centers on a law in the state of Louisiana that requires doctors who perform abortions to have admitting privileges at a nearby hospital.

Groups who support abortion rights argue that the law would severely restrict access to the practice and lead to the closure of two of 3 remaining clinics in the southern state.

The measure is almost identical to Texas legislation that the Supreme Court struck down in 2016, deeming it too restrictive.

“Nothing has changed that would justify such a legal about-face,” said Julie Rikelman, who is arguing the case on behalf of the plaintiff, a Louisiana abortion clinic.

The case, June Medical Services v Russo, is the first on the divisive issue to come before the court since Trump’s two conservative appointees – Neil Gorsuch and Brett Kavanaugh – joined the nine-member bench.

Kavanaugh replaced former justice Anthony Kennedy, who had sided with the court’s 4 left-leaning justices to block the Texas law.

On Wednesday, Kavanaugh seemed to suggest that the Texas and Louisiana laws were not one and the same and should be treated on a “state by state” basis.

Appointment of the two new justices galvanized anti-abortion activists in the country’s conservative “Bible Belt,” and several states have passed tough laws restricting the practice. A ban in Alabama even covered cases of rape.

That and most of those other laws have been struck down by lower courts, but anti-abortion groups are hoping to force the Supreme Court to revisit Roe v Wade, the landmark 1973 case that legalized a woman’s right to an abortion.

If the court were to reverse itself on the Texas law, for example, it could signify that it is also ready to do so on Roe.

Trump, who years ago described himself as “pro-choice in every respect,” has flip-flopped to become a staunch opponent of abortion as he seeks to rally evangelical Christians behind his re-election campaign.

On Wednesday, protesters from both sides of the debate were stationed in front of the Supreme Court, where Dennis McKirahan, a 75-year-old abortion opponent from Cincinnati, said “we must stop killing babies.”

Not far away, Senate Democratic leader Chuck Schumer hit out at Gorsuch and Kavanaugh by name. He said they would “pay the price” if additional curbs on access to abortion were allowed.

A ruling in the case is expected in June, just months ahead of the November presidential vote.

The Trump administration, along with more than 200 Republican members of Congress, is backing Louisiana authorities in the case.

The lawmakers argued in a supporting brief that the case illustrates the “unworkability of the ‘right to abortion’ found in Roe” and questioned whether it should be “reconsidered and, if appropriate, overruled.”

Louisiana Solicitor General Elizabeth Murrill, who helped argue the case for the state, said the law aims to protect women in the event of complications and ensure “continuity of care.”

Rikelman maintained, however, that the law provided no medical benefit and would leave only one doctor and clinic available to perform the procedure in the state, where about 10,000 abortions are carried out every year.

The court’s progressive justices appeared to agree. Ruth Bader Ginsburg asserted that “most of these abortions don’t have any complications.”

Her colleague Elena Kagan noted that some hospitals did not want to be associated with abortion providers.

The Supreme Court, in a 5-4 vote, blocked the application of the Louisiana law in February 2019 but without delivering a final decision. Roberts joined the 4 liberal justices on the bench in temporarily blocking the law.

He is seen as the key vote this time around. – Rappler.com