Mar 8, 2020 12:20 PM PHT
Agence France-Presse
Facebook Twitter Copy URL
Copied
(UPDATED) With more than 230 fatalities, Italy has recorded the most deaths from the COVID-19 disease of any country outside China 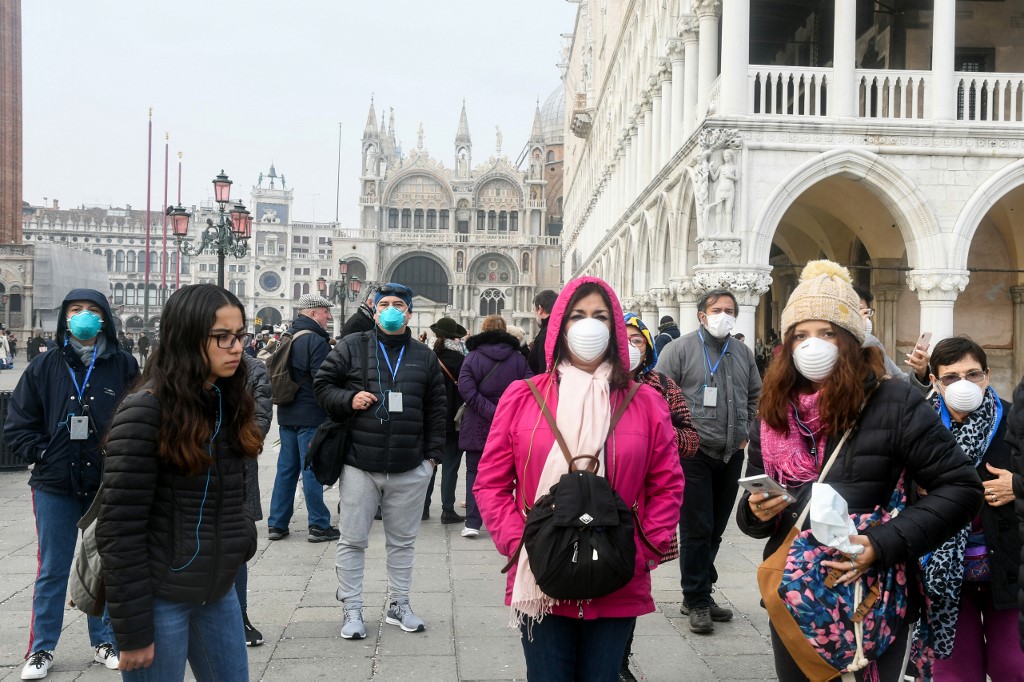 ROME, Italy (UPDATED) – More than 15 million people were placed under forced quarantine in northern Italy early Sunday, March 8, as the government approved drastic measures in an attempt to halt the spread of the deadly coronavirus that is sweeping the globe.

Prime Minister Giuseppe Conte said on Twitter he had signed off on plans to strictly limit movement in and out of large areas including Venice and the financial capital Milan for nearly a month.

“#Coronavirus, the new decree is finally approved,” Conte wrote, confirming earlier reports of the lockdown in the newspaper Corriere Della Sera and other media.

With more than 230 fatalities, Italy has recorded the most deaths from the COVID-19 disease of any country outside China, where the outbreak began in December.

Italy has the world’s second oldest population after Japan, according to the World Bank, and older people appear to be more vulnerable to becoming severely ill with the new coronavirus.

Without a “serious” reason that cannot be postponed, such as urgent work or family issues, people will not be allowed to enter or leave the quarantine zones, Corriere Della Sera reported.

These include the entire Lombardy region as well as Venice and its surrounding areas, and the cities of Parma and Rimini – affecting a quarter of Italy’s population of 60 million.

Museums, nightclubs, gyms and casinos will be closed in these places, with people advised to stay at home as much as possible, the newspaper said, adding that the restrictions would be in place until April 3.

People will be allowed to return home from outside these regions, while bars and restaurants are allowed to remain open provided it is possible for customers to stay a meter (3 feet) away from one another.

The measures echo those taken in China’s central Hubei province, whose nearly 60 million residents have been under lockdown since late January when the government rushed to put a lid on the virus that first emerged in the regional capital, Wuhan.

Worldwide, the total number of people with COVID-19 has passed 100,000 while 3,500 have died across 95 nations and territories.

The disease has convulsed markets and paralyzed global supply chains, and Italy has found itself at the forefront of the global fight against the virus, with more than 5,800 infections recorded in the past 7 weeks in all 22 Italian regions.

The virus has now spread to all 22 Italian regions and the first deaths are being recorded in Italy’s less well medically equipped south. – Rappler.com