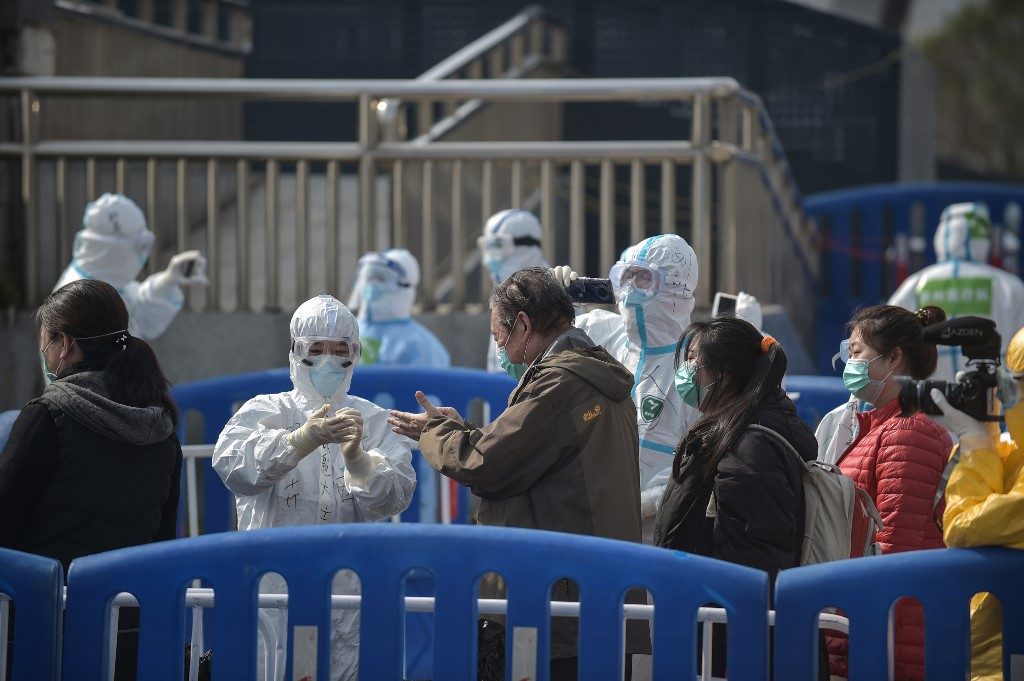 Facebook Twitter Copy URL
Copied
Hubei has been under lockdown since January with some 56 million people under quarantine, but the number of cases has declined in recent weeks

WUHAN, China – Hard-hit Hubei, the epicenter of the coronavirus outbreak in China, will relax travel restrictions to allow healthy people to move within the province, officials said Tuesday, March 10.

Hubei has been under lockdown since January with some 56 million people under quarantine, but the number of cases has declined in recent weeks.

According to the provincial government, a mobile app will be used to give residents a colored health code, and people labelled “green” in medium and low-risk areas will be allowed to travel within the province.

There is no indication that people can leave the province, and the measures also did not appear to loosen restrictions in Hubei’s capital, Wuhan.

Chinese President Xi Jinping on Tuesday made his first visit to the city since it emerged as the epicenter of the coronavirus crisis in January.

Only green code holders – meaning no contact with any cases – will be allowed to travel, and only if they are from low or medium risk areas, officials said.

Confirmed or suspected cases will get a red code, while a yellow code indicates close contact with a confirmed case.

Anyone given a red code must be quarantined.

Cities, counties and districts with no newly confirmed cases in the last two weeks are classified as low-risk regions.

On Tuesday there were only 17 new cases reported in Hubei province, all in Wuhan.

Most of China’s 3,136 coronavirus deaths and 80,754 cases came from Hubei, with the majority in Wuhan. – Rappler.com