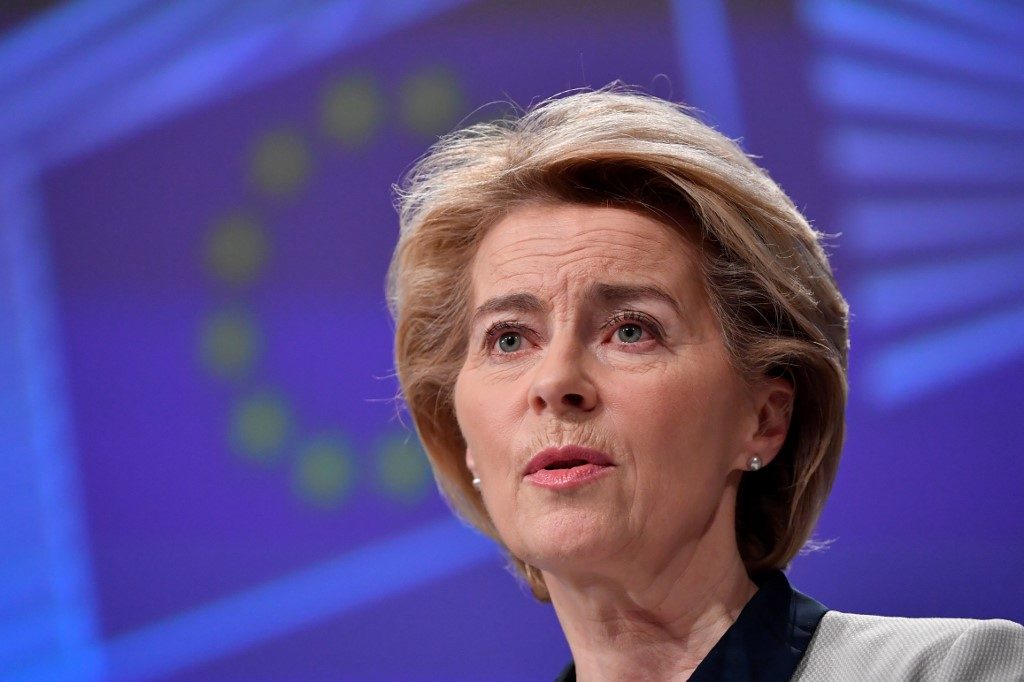 Facebook Twitter Copy URL
Copied
'Certain controls may be justified, but general travel bans are not seen as being the most effective by the World Health Organization,' says EU Commission chief Ursula von der Leyen

She spoke after the Czech Republic announced that it would ban all foreigners from entering the country and all Czechs from leaving as of Monday, March 16.

Other member states including Austria, Slovenia and Hungary have suspended the rules of the passport-free Schengen travel zone and reimposed border checks, particularly with worst-hit Italy.

“Certain controls may be justified, but general travel bans are not seen as being the most effective by the World Health Organization,” von der Leyen said, calling instead for health screening at borders.

“Any measure that is taken must be proportionate. What we can do and what we should do is to carry out health screening measures.”

Such tests could be carried out either at borders or within member state territory, she said.

Home affairs commissioner Ylva Johansson will present proposals on screening to a meeting of the 27 EU interior ministers later on Friday.

The European response to the virus has stepped up dramatically in the last 24 hours with several countries including France, Ireland and Belgium closing schools and universities.

Italy has imposed the continent’s toughest response to a pandemic that has killed 1,016 people and infected more than 15,000 in the peninsula in less than 3 weeks.

The government has shut all shops except for pharmacies and groceries in the hope of stemming contagion and easing the burden on Italy’s overstretched hospitals.

Von der Leyen said the EU was also taking steps to deal with a shortage of protective equipment such as masks, after several countries including Germany and France abruptly banned exports to guard their own supplies.

“It is not good when member states take unilateral action, because it always causes a domino effect and that prevents the urgently needed equipment from reaching the patients, from reaching hospitals,” she said.

“Ultimately it amounts to reintroducing internal borders, at a time when solidarity between member states is needed.”

She said that after talks, Paris and Berlin had relented and are now “willing to adapt their national measures, as we requested.” – Rappler.com