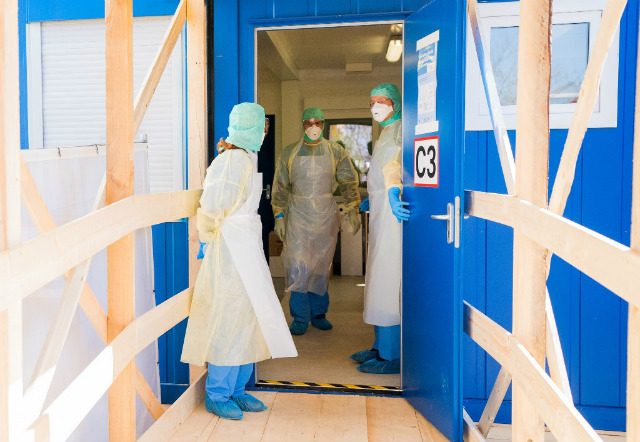 VIENNA, Austria – Austria on Sunday, March 15, banned gatherings of more than 5 people and told residents to go out only if necessary, in a bid to halt the spread of coronavirus.

The tougher measures were decided at an extraordinary session of parliament, during which Chancellor Sebastian Kurz called on the population to self-isolate and limit contacts to “the people they live with.”

People should leave home only to work, buy food or help others, he said.

“The freedom of movement in our country is going to be massively limited,” Kurz said, adding the measures were “necessary to defend the health of the Austrian people.”

By Sunday, Austria had registered 800 coronavirus cases and two deaths.

Any outdoor gatherings would be broken up, Kurz said, and people would allowed to go out either alone or accompanied by people they live with, he said in a statement.

The government is now also suspending air travel with Britain, the Netherlands, Russia and Ukraine, having earlier put Italy, Spain, France and Switzerland on the list.

The Tyrol region, on the border with Italy, is being practically locked down for a week. – Rappler.com