U.S. ramps up virus response with shutdowns, rate cut and a curfew 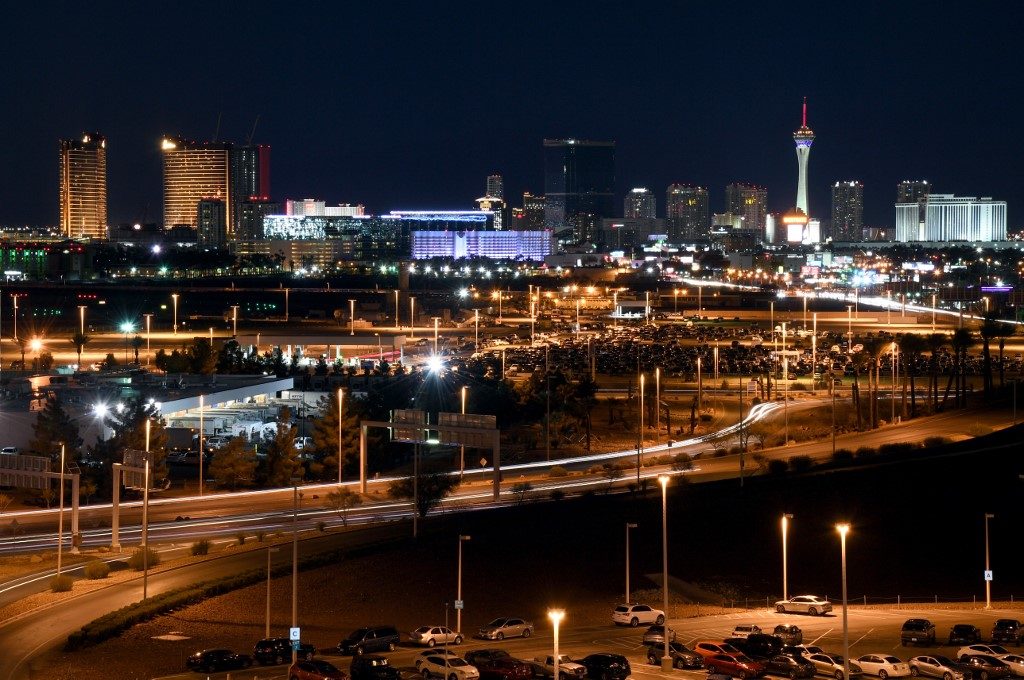 Facebook Twitter Copy URL
Copied
In the United States, 69 people have died and more than 3,700 have been infected, according to a running tally kept by Johns Hopkins University

WASHINGTON, DC, USA – US nightlife capitals New York and Los Angeles ordered bars and restaurants to close or go take-out only as the country scrambled to contain the coronavirus pandemic and the Federal Reserve slashed rates to stem the fallout.

The fast-spreading outbreak has claimed almost 70 lives in the United States, disrupting every walk of life as Americans – watching Europe plunge into lockdown, and panic-buying at home – brace for what is to come.

Faced with an economic shutdown, the Fed announced a raft of emergency measures to shore up confidence and keep the financial sector running, including cutting the key interest rate to 0-0.25 percent.

President Donald Trump, addressing a now-daily briefing of the White House task force on the crisis, praised the “phenomenal” action by the Fed, and sought a reassuring tone even as he pleaded with Americans to stop stripping store shelves bare. (READ: Trump declares state of emergency in coronavirus-paralyzed U.S.)

“Relax. We’re doing great. It all will pass,” the president said.

But Anthony Fauci, the country’s leading expert on infectious diseases, was blunt in telling Americans to prepare for hard times ahead, saying it was vital the country made the right choices.

“The worst is ahead for us,” he told the briefing. “We have a very, very critical point now.”

In drastic measures, New York’s Mayor Bill de Blasio said the city’s usually buzzing bars and restaurants would be restricted to take-out or delivery, and that nightclubs, theaters and concert venues must close starting Tuesday.

Schools, museums and sports arenas have already closed in many US states – but lively St Patrick’s Day celebrations were still held despite pleas to limit socializing, prompting calls for more aggressive action.

“Our city is facing an unprecedented threat, and we must respond with a wartime mentality,” De Blasio said in a statement.

Reinforcing the message, the Centers for Disease Control and Prevention issued nationwide guidance recommending that events gathering 50 people or more be cancelled or postponed, not including day-to-day education or business activities.

In the strongest measure yet taken on American soil, the US territory of Puerto Rico imposed a 9pm to 5am curfew — along with the closure of malls, movie theaters, concert venues, gyms and bars.

The governor of Illinois announced that all bars and restaurants in the state, which includes the city of Chicago, would close until March 30.

“The time for persuasion and public appeals is over. This is not a joke. No one is immune to this,” Governor JB Pritzker told a news conference.

Los Angeles also said it would close bars, restaurants and nightclubs for at least two weeks, while California’s Governor Gavin Newsom asked all people over the age of 65 to self-isolate at home.

Joe Biden, frontrunner to be the Democratic contender taking on Trump in November elections, said that in Trump’s shoes he would call the US military out to help tackle the outbreak.

But whispers about a nationwide lockdown were firmly denied by the National Security Council, which tweeted: “Text message rumors of a national #quarantine are FAKE.”

US airports have been hit with a flood of Americans since restrictions on travel from Europe ordered by Trump took effect. The ban will extend on Tuesday to Britain and Ireland. (READ: U.S. extends travel ban to U.K. and Ireland, reviews domestic curbs)

Over the weekend frustrated passengers complained of hours-long lines and crowded and unsanitary conditions as people were screened for symptoms.

American Airlines was among the carriers saying they would slash their schedules, with plans to reduce international capacity by 75 percent until early May.

The airport bottlenecks were the latest evidence of turbulence in the administration’s response to the pandemic that started in China late last year.

In the US, 69 people have died and more than 3,700 have been infected, according to a running tally kept by Johns Hopkins University.

But the outbreak has outpaced the government’s capacity to measure its true scope through wide-scale testing.

Addressing Sunday’s briefing, Vice President Mike Pence said free testing was now available in all states and that “more than 2,000 labs” were equipped to process tests “much more rapidly”.

Trump, who had played down the risks of infection early on, has tested negative for the virus, days after potentially being exposed to it.

The White House said on Sunday it would begin checking the temperature of anyone entering the complex. – Rappler.com