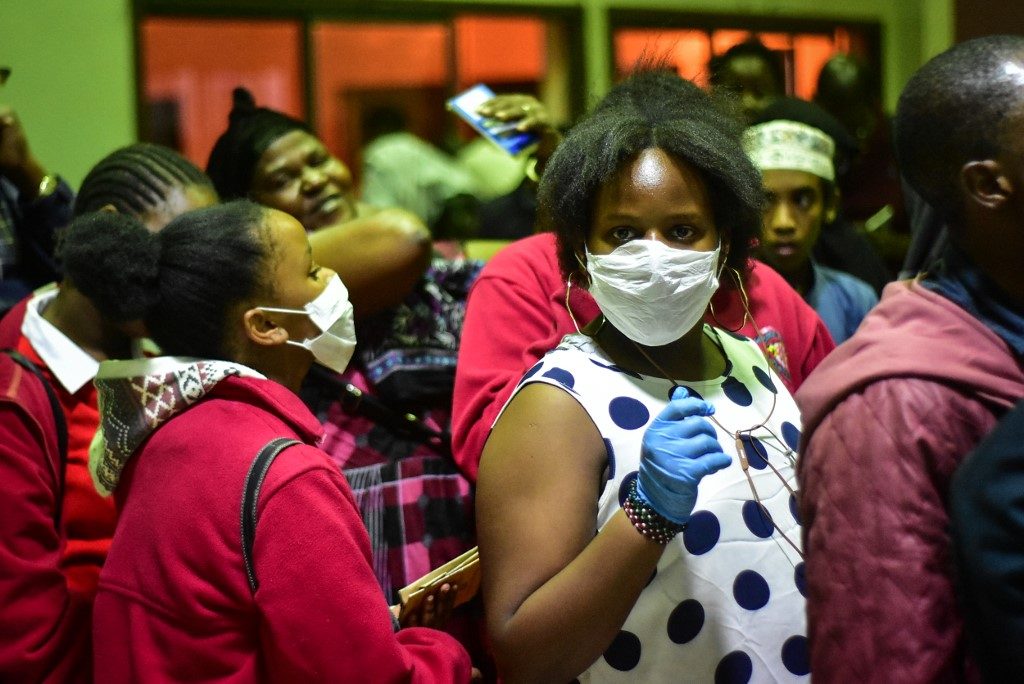 As the global pandemic takes root in Africa, Chinese billionaire Jack Ma announced he was donating 20,000 testing kits, 100,000 masks, and 1,000 protective suits to each of the continent’s 54 countries.

“We take precautions and get prepared ahead of time, as Africa can benefit from the experience and lessons of other countries that were earlier hit hard by the virus,” he said in a statement on Twitter. (READ: South Africa’s mining, tourism brace for virus buffeting)

In a little over a week, 21 new African countries have reported cases, bringing the total affected to 30.

A 46-year-old Tanzanian woman tested positive for the illness after returning from Belgium on March 15, where she had been staying with a relative sick with coronavirus.

Health Minister Ummy Mwalimu said the woman, who was recovering in hospital in Arusha, was not detected by temperature scanners but reported herself for testing.

“All in all, this is an imported case, and the woman is improving and continues with treatment,” she said.

Somalia, meanwhile, also confirmed its first case of coronavirus and announced a ban on international flights in and out of the country, starting from Wednesday.

The government had quarantined 4 Somalis as a precaution after they arrived from country’s with coronavirus outbreaks, and one had subsequently tested positive.

“None of the quarantined individuals had shown symptoms so far, and look healthy, but the virus is present in the body of this individual,” health minister Fowzia Abikar Nur said in a televised address.

The announcements from Tanzania and Somalia came as Rwanda confirmed two more cases of the virus, bringing its total to 7.

Rwanda has shut schools and churches for two weeks and banned concerts and large gatherings. Its national airline RwandAir has cancelled flights to India, Israel and China, however insists tourists are still welcome.

In an additional measure taken Monday, the government announced it had fixed food prices to avoid hikes.

Ethiopia introduced its own raft of fresh restrictions Monday, closing schools and suspending large gatherings like sporting events. The country, the most populous in the region with 100 million people, has 5 confirmed cases of coronavirus.

Mauritius, meanwhile, a smattering of islands in the Indian Ocean dependent on tourism, announced it would deny entry to anyone who had visited the EU, Switzerland, or UK in the past 14 days.

Previously, the restriction only applied to those who had visited China, Iran, Italy, South Korea, and Hong Kong.

It has not recorded any positive cases so far.

“Our country is a tourist destination. Thousands of foreigners come to and transit through Mauritius. We are very exposed,” said Prime Minister Pravind Jugnauth.

There are now 19 confirmed cases across 6 countries in East Africa.

Kenya, which has 3 cases, on Sunday announced strict measures including blocking entry to foreigners who do not have a valid resident permit and are coming from a country with a confirmed case. – Rappler.com