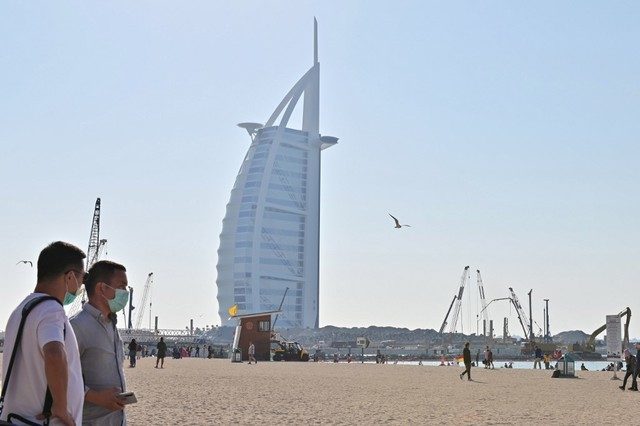 MANILA, Philippines (UPDATED) – The United Arab Emirates (UAE) has suspended the entry of all visa holders, including residency visa holders, for at least two weeks to prevent the spread of the novel coronavirus in the Gulf State.

The Philippines’ Department of Foreign Affairs (DFA) urged all Filipinos to take note of UAE’s measures, which took effect Thursday, March 19, and would last for a “renewable period” of two weeks.

The UAE said newly-issued work visas, which were not used for entry to the country before Tuesday, March 17, were likewise deemed canceled.

The Philippines is among countries whose citizens were required to apply for visas to the United Arab Emirates.

The Emirati government also implemented a ban on its citizens traveling overseas, saying the move was a “precautionary measure” to ensure the safety of those with travels plans amid the coronavirus outbreak. The country has recorded at least 113 coronavirus cases as of Thursday.

Some expats were saying there should have been at least a two-day window prior to implementation of the directive. Netizens, too, were taken aback.

(So, it means if someone left the Philippines at midnight, they can still enter. What’s crazy is, the 12 noon cutoff is last minute. Many were inconvenienced. Some airplanes were still able to land in the country.)

Her son was supposed to go to Dubai but had to postpone because of a separate UAE directive canceling visit visa issuances that took effect two days ago on March 17.

Kate Marajas, an overseas Filipino worker (OFW) currently in the Philippines on a two-week leave, said it has all been a rollercoaster ride for her as the whole of Luzon was put on lockdown. Aggravating the situation was an announcement by the government to stop international flights, which was later on eased.

And now, this new directive.

“Honestly, it’s somehow devastating. We can’t really tell what will happen in the next few days – the Malacañang Palace implementing new and revised guidelines, airlines suspending the flights, and some workers losing their jobs due to COVID-19.

“I understand that government officials are trying to do their best, but please clarify all these measures kasi (because) it’s causing us confusion,” she told Rappler.

Marajas, who works a writing job in Abu Dhabi, arrived in Manila on March 14. She was supposed to be back in Abu Dhabi on April 7.

She said her boss advised her not to stress herself out and extend her leave of absence, albeit without pay for the number of days beyond the company-approved date.

The Philippines has reported 217 confirmed coronavirus cases, including 8 recoveries and 17 deaths.

The global death toll due to the virus has surpassed 7,800 while at least 194,000 people were infected across 150 countries. More than 69,000 have since recovered. – with reports from Jojo Dass/Rappler.com