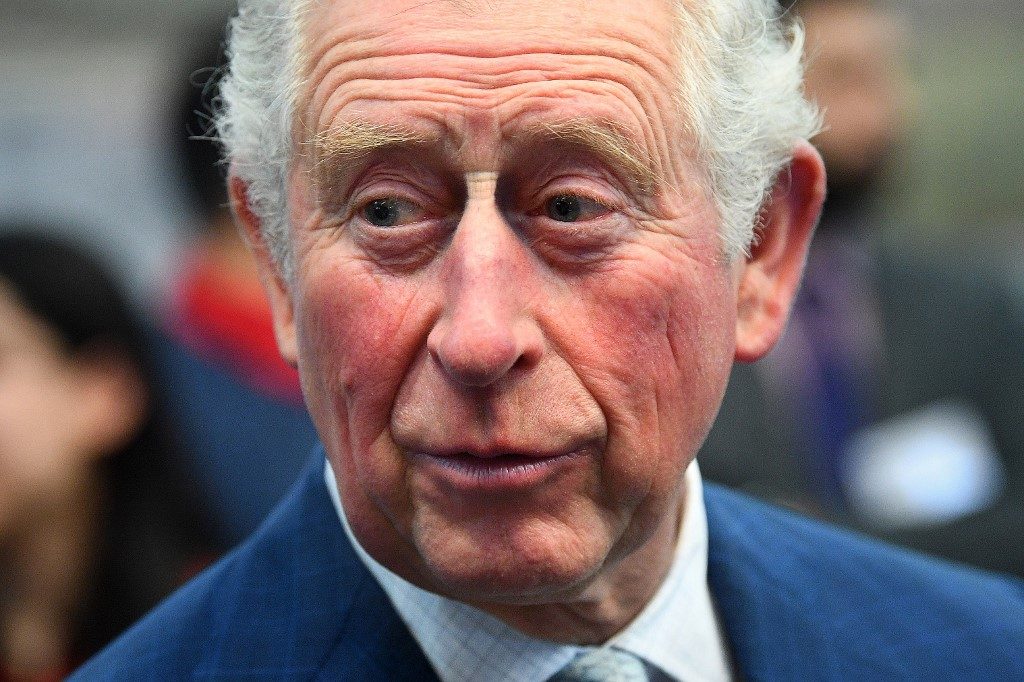 Facebook Twitter Copy URL
Copied
The 71-year-old is self-isolating in Scotland along with his wife Camilla, who was also tested but does not have COVID-19

The 71-year-old is self-isolating in Scotland along with his wife Camilla, who was also tested but does not have COVID-19, Clarence House said.

In a separate statement, Buckingham Palace said the queen, 93, was in “good health” and had not seen her son for two weeks.

“The Prince of Wales has tested positive for coronavirus,” Charles’ office said in a statement.

“He has been displaying mild symptoms but otherwise remains in good health and has been working from home throughout the last few days as usual.

“The Duchess of Cornwall (Camilla) has also been tested but does not have the virus.

“In accordance with government and medical advice, the prince and the duchess are now self-isolating at home in Scotland.”

The couple were tested by the state-run National Health Service (NHS) in Aberdeenshire in northeast Scotland, it said.

“It is not possible to ascertain from whom the prince caught the virus owing to the high number of engagements he carried out in his public role during recent weeks,” it added.

Queen Elizabeth II, 93, and her husband Prince Philip, 98, retired to Windsor Castle, outside London, on March 19.

“Her Majesty the Queen remains in good health,” a spokeswoman for Buckingham Palace said.

“The Queen last saw the Prince of Wales briefly after the investiture on the morning of March 12, and is following all the appropriate advice with regards to her welfare.”

The spokeswoman would not say whether the queen had been tested for coronavirus.

The monarch brought forward her Easter break in Windsor by a week because of the outbreak, which has so far killed 422 people in Britain.

There are more than 8,000 confirmed cases across the country, although testing is limited and the true number is believed to be much higher.

Prime Minister Boris Johnson has ordered all non-essential shops and services to be closed and said people must stay at home wherever possible, to try to stem the spread of the virus.

In a public statement last week, the queen called on people to work together in the face of the crisis.

“At times such as these, I am reminded that our nation’s history has been forged by people and communities coming together to work as one, concentrating our combined efforts with a focus on the common goal,” she said.

She added: “Many of us will need to find new ways of staying in touch with each other and making sure that loved ones are safe.

“I am certain we are up to that challenge. You can be assured that my family and I stand ready to play our part.” – Rappler.com