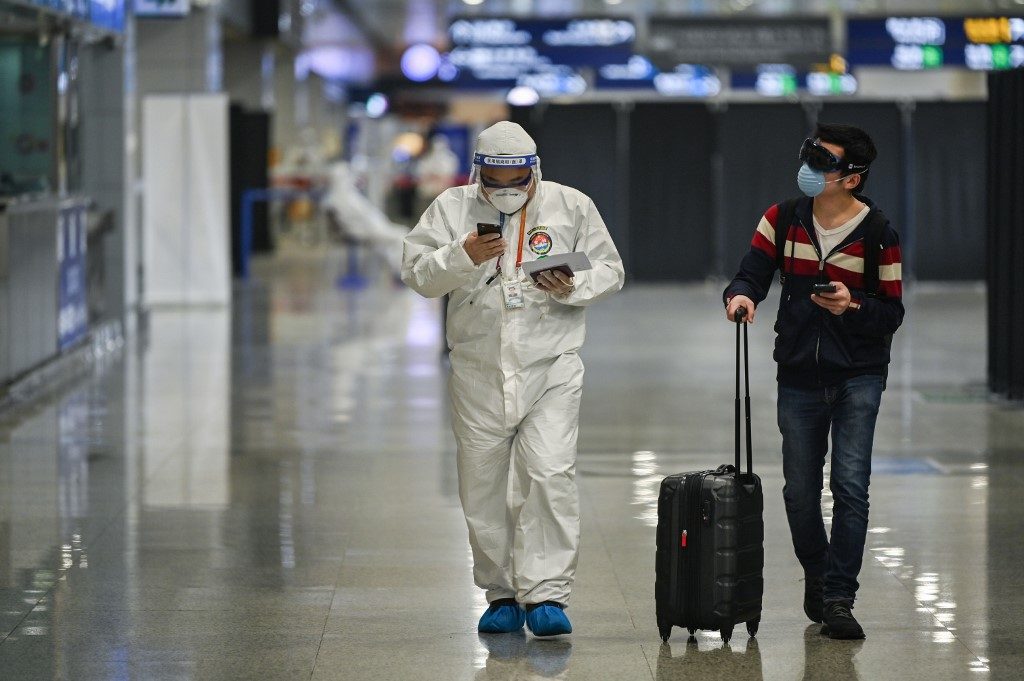 Facebook Twitter Copy URL
Copied
Foreigners living in China with valid visas and resident permits will be blocked from returning to the country after midnight Saturday, March 28

BEIJING, China – China will drastically cut its international flight routes and bar entry to returning foreigners based in the country to stem the spread of the coronavirus, authorities said Thursday, March 26.

The country has not reported any new domestic COVID-19 infections for two consecutive days but officials have raised concerns about the number of imported cases, which have now surpassed 500.

Foreigners living in China with valid visas and resident permits will be blocked from returning to the country after midnight Saturday, March 28, the foreign ministry said in a statement.

“The suspension is a temporary measure that China is compelled to take in light of the outbreak situation,” it added.

The most of the 500 imported infections involved Chinese nationals returning home, according to the foreign affairs ministry.

Diplomats and the crew of international airlines and vessels will still be permitted into the country, according to the statement.

Flights out of China will be capped at just one route a week to each country, with international airlines also permitted only one route.

The Civil Aviation Administration of China also said the passenger load on flights in and out of China should not exceed 75%.

The adjusted flight routes are expected to start running from March 29, it added.

All Beijing-bound international flights have been diverted to other urban centers.

Many Chinese cities including Beijing and Shanghai have already imposed a compulsory 14-day quarantine for all arrivals from abroad.

There were nearly 1,100 return international passenger flights scheduled to come to China this week. – Rappler.com