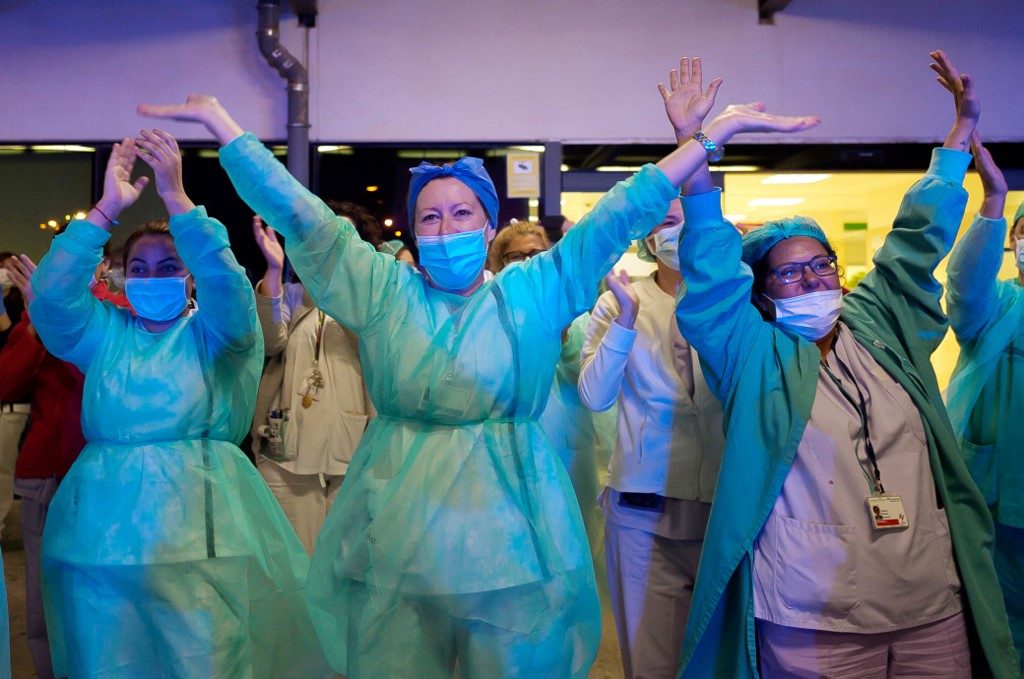 MADRID, Spain – Spain’s coronavirus toll surged above 4,000 Thursday, March 26, but the increase in both fatalities and infections slowed, raising hopes that a drastic lockdown was starting to curb the epidemic’s spread.

Spain currently has the world’s second-highest death toll after Italy, and has so far suffered 4,089 deaths after another 655 people succumbed to the virus in the past 24 hours, the health ministry said.

Despite a national lockdown imposed on March 14, the numbers have continued to spiral, with officials warning this week would be particularly bad.

The numbers “indicate a change in the trend…which make us think that we are starting to enter a phase of stabilization,” he said.

“If this general trend is confirmed…the number of cases may have neared its peak.”

The Madrid region has borne the brunt of the epidemic with 17,166 infections – just under a third of the total – and 2,090 deaths.

The pandemic has brought the medical system to the brink of collapse, with Spain also struggling to protect frontline workers and provide supplies for testing and treatment.

“Emergency services are overwhelmed at the moment,” Jorge Rivera, spokesman for the main hospital in Leganes on Madrid’s southern outskirts told AFP by telephone.

“Practically the entire hospital is dedicated to fighting the coronavirus, both the intensive care unit and the general wards.”

In order to ease the congestion in Leganes and at another hospital in Alcala de Henares, east of the city, Doctors Without Borders (MSF) said it had set up two field hospitals with 200 beds that would treat the less severe cases.

Testing to be stepped up

Earlier, Illa said Spain had inked deals worth 509 million euros with Chinese suppliers that would mean “all health care professionals will have the means to protect themselves.”

“The market is completely crazy,” he told a parliamentary commission. “Not enough masks, respirators, and tests are being produced to supply the global market.”

To achieve this Spain has ordered millions of tests from abroad and instructed local firms to start producing them.

But on Thursday, the government admitted it had to return a batch of defective tests it received from a Spanish supplier that had been imported from China.

Wearing protective gloves and a face mask, he told reporters the site “would go down in history” as a “true example of effort, sacrifice, and resilience”.

And Real Madrid said its 81,000-seat stadium, Santiago Bernabeu, would be used as a storage facility for medical equipment and donations which would then be passed on to the health authorities. – Rappler.com