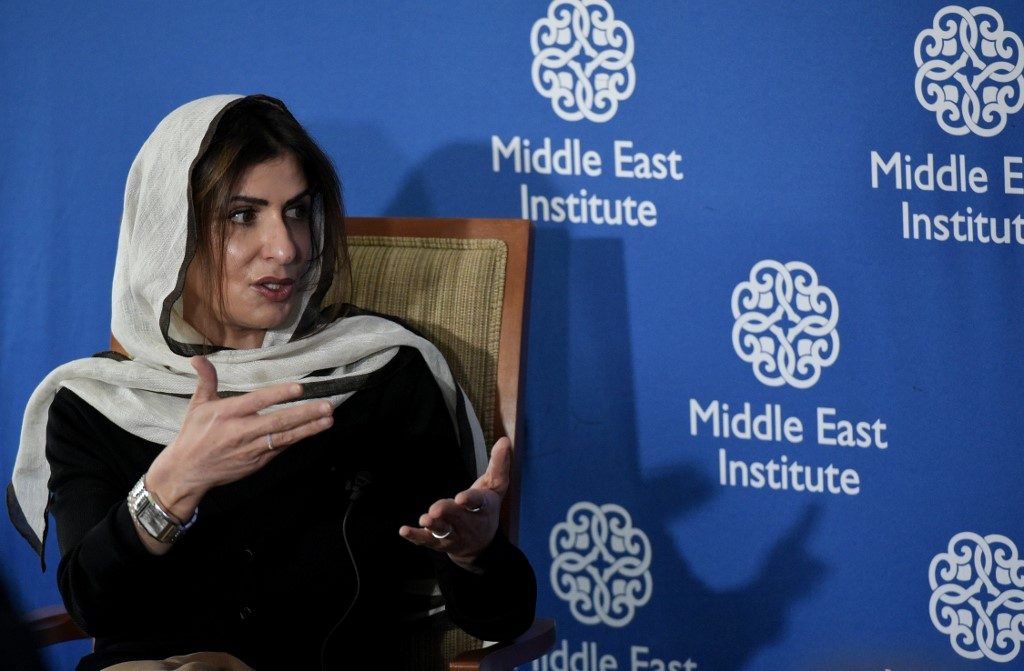 Facebook Twitter Copy URL
Copied
Princess Basmah bint Saud, an outspoken royal family member, writes on her verified Twitter account: 'As you may be aware (?) I am currently being arbitrarily held at Al-Ha'ir prison without criminal, or otherwise any charges'

RIYADH, Saudi Arabia – A prominent Saudi princess jailed without charges made a rare public appeal to the king and crown prince on Thursday, April 16, for her release from a high-security prison, citing her “deteriorating” health.

Princess Basmah bint Saud, a 56-year-old businesswoman and an outspoken royal family member, was detained in March last year just before she was due to travel to Switzerland for medical treatment, according to a source close to her family.

The public plea for her release is the latest sign of turmoil within the kingdom’s secretive royal family following the detention last month of King Salman’s brother and nephew in an apparent attempt to stamp out internal dissent.

“As you may be aware (?) I am currently being arbitrarily held at Al-Ha’ir prison without criminal, or otherwise any charges,” the princess wrote in a letter published on her verified Twitter account.

“My health is deteriorating to an extent that is (severe), and that could lead to my death.

“I have not received medical care or even (a) response to the letters I dispatched from jail to the Royal Court.”

Saudi authorities have not disclosed the reasons for her detention.

The princess claimed she was “thrown into prison” after being “abducted without an explanation” along with one of her daughters.

She appealed to her uncle King Salman and her cousin – de facto ruler Crown Prince Mohammed bin Salman – for her release as she had “done no wrong” and added that her health status was “very critical”.

The princess did not specify her ailment but her letter comes as the kingdom grapples with the fast-spreading coronavirus pandemic.

The government has imposed round-the-clock curfew across much of the country to limit the spread of the virus. Saudi Arabia has reported 6,380 infections and 83 deaths from the disease so far.

It was unclear how the princess was able to tweet from inside Al-Ha’ir, a high-security prison close to Riyadh known for holding political prisoners.

Her public plea represents an unusually bold move by someone from the kingdom’s sprawling royal family, comprising thousands of members, who typically refrain from publicly raising internal grievances.

It comes after the detention last month of Prince Ahmed bin Abdulaziz al-Saud, the king’s brother, and the monarch’s nephew Prince Mohammed bin Nayef who was previously crown prince.

The government has yet to officially comment on the crackdown, which raised fears of government instability.

But one source close to the royal court dismissed such concerns and said the detentions were meant to send a stern warning within the royal family not to oppose the crown prince.

Prince Mohammed, heir to the Arab world’s most powerful throne, has pursued a broad crackdown on dissent since his meteoric rise to the position of crown prince in 2017.

Multiple women activists, clerics, bloggers and journalists have been jailed in what observers call increasing repression and authoritarianism under the prince’s de facto rule as he consolidates his grip on power. – Rappler.com