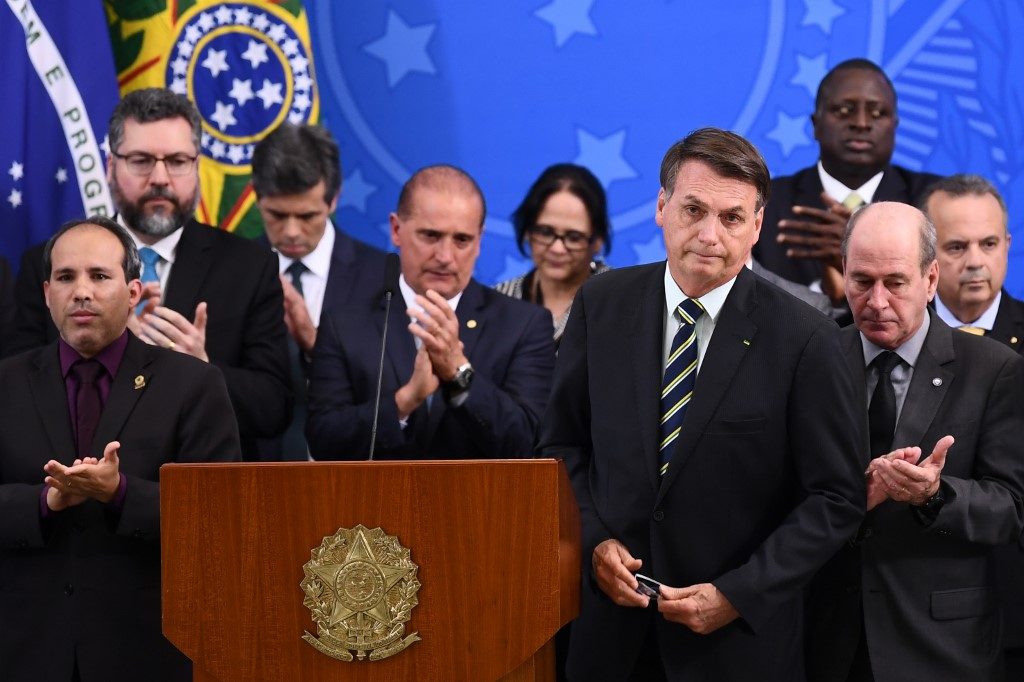 Facebook Twitter Copy URL
Copied
Brazil's health ministry says the death toll could be higher than Tuesday's official figure of 5,107, as the cause of 1,156 further deaths are under investigation

BRASILIA, Brazil – Brazil, the South American country worst-hit by the coronavirus pandemic, has registered more than 5,000 deaths from COVID-19, the health ministry announced Tuesday, April 28, pushing the toll above that of China.

A record 474 deaths were recorded in the last 24 hours, with the number of infections rising to 71,886, the ministry said.

China, where the virus first emerged before spreading across the world, has recorded about 4,600 deaths.

The ministry said Brazil’s toll could be higher than Tuesday’s official figure of 5,107, as the cause of 1,156 further deaths are under investigation.

Experts believe the overall number of COVID-19 cases could be 12 to 15 times higher, due to a large number of undetected cases given the lack of testing availability across the country’s 210 million population.

Deaths among vulnerable indigenous communities rose by 15 on Monday, a jump of 50 percent in the past five days, according to the Articulation of Indigenous Peoples of Brazil. (READ: Brazilian city of Manaus fighting ‘horror movie’ pandemic conditions)

President Jair Bolsonaro regularly expresses his impatience with restrictions imposed by the state governors to slow the disease’s spread and has pushed hard for economic activity to restart.

Asked about the rising death count, Bolsonaro responded, “And what? I am sorry about it. What do you want me to do?”

“I am Messias,” he said, referring to his middle name, which means Messiah, “but I don’t do miracles.”

Health Minister Nelson Teich, who took office earlier this month after the controversial firing of his predecessor, said last week as the death toll hit 3,000 that it was premature to attribute the rise in fatalities to a surge in COVID-19 infections.

He suggested it could instead be the result of an increase in testing.

Sao Paulo, the hardest-hit state with a third of the country’s cases, plans to gradually resume economic activity – sector by sector – from May 11.