May 6, 2020 10:57 PM PHT
Agence France-Presse
Facebook Twitter Copy URL
Copied
The coronavirus task force has spearheaded the complex response to the fast-spreading virus, which has already killed more than 70,000 Americans 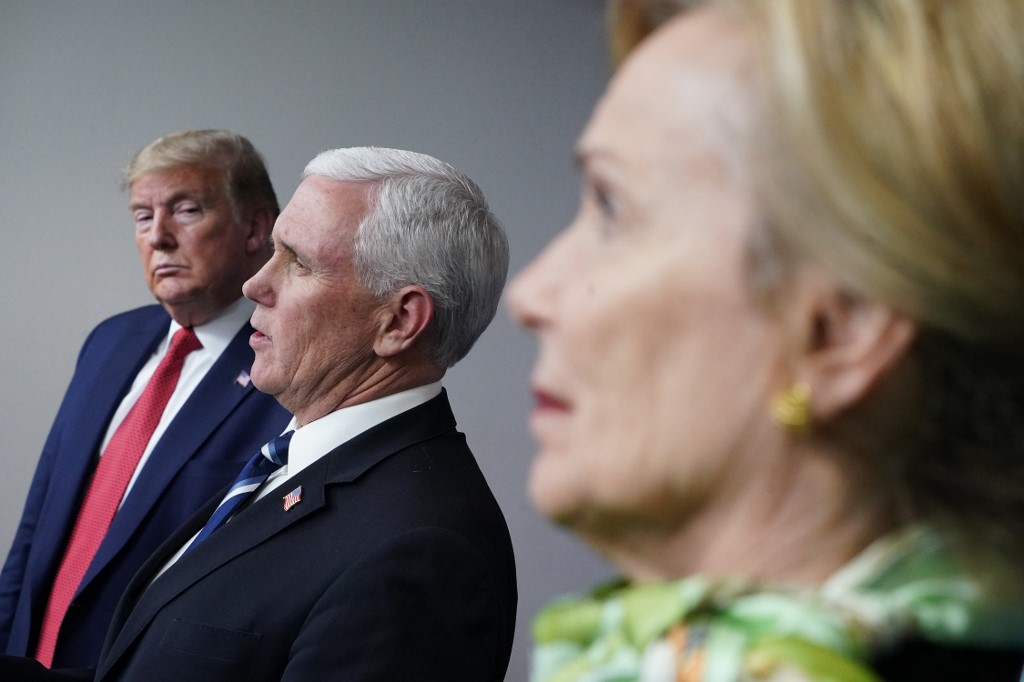 WASHINGTON DC, USA – President Donald Trump on Wednesday, May 6, appeared to backtrack on plans announced the previous day to shut down the task force advising him on the coronavirus pandemic.

The White House’s earlier suggestion that the high-level team could close around the start of June was Trump’s latest signal that he thinks it’s time to move on from the health crisis and reopen the economy.

But in a series of tweets Wednesday, he said the task force had been so successful that it “will continue on indefinitely with its focus on SAFETY & OPENING UP OUR COUNTRY AGAIN.”

The president, however, said that he could “add or subtract people” to the group, which suggested the situation remained fluid.

Vice President Mike Pence, who heads the task force, said Tuesday, May 5, he was “starting to look at the Memorial Day window, early June window” for shutting it down. That holiday falls on May 25.

The coronavirus task force has spearheaded the complex response to the fast-spreading virus, which has already killed more than 70,000 Americans.

The group coordinates between medical institutes, political staff and state governors, some of whom have spent weeks frantically trying to help overwhelmed hospitals.

The task force also drew on medical experts to formulate national recommendations on social distancing that led to the economic shutdown.

Members of the task force gave daily press conferences meant to inform the nation on the latest status of the pandemic. But they were often overtaken by Trump’s own freewheeling question-and-answer sessions and ended more than a week ago.

Trump says that while he wants a “safe” reopening, the hardship caused by the economic shutdown is the main threat to the United States.

“We can’t keep our country closed for the next 5 years,” he said Tuesday while on a trip to a mask-making factory in Arizona.

He conceded that some people would be “badly affected” by loosening the practice of social distancing.

Critics say that the health situation remains far from secure and that Trump is rushing to try and boost the devastated economy in time for his difficult reelection battle in November. – Rappler.com