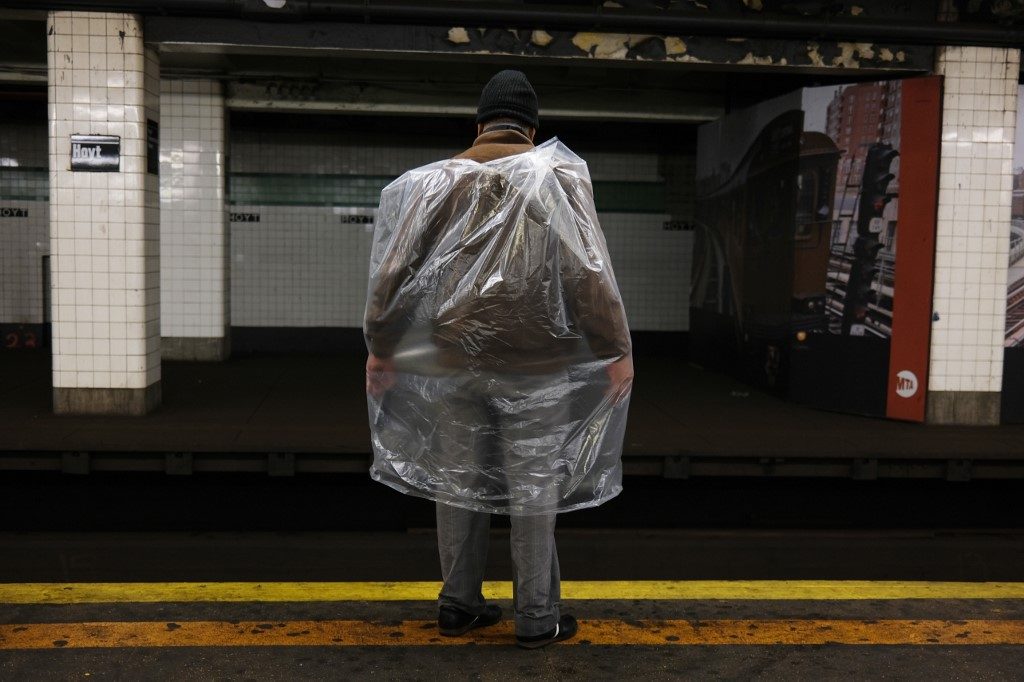 WASHINGTON, USA – President Donald Trump renewed his criticism of China on Wednesday, May 5, over the global coronavirus pandemic and said it has been worse for the United States than Pearl Harbor and 9/11.

As Germany unveiled plans for a return to near-normality – including a May 15 restart of the Bundesliga – the European Union forecast a historic recession on the virus-battered continent.

Countries in Asia joined Europe in easing the lockdowns that have kept swathes of humanity indoors for weeks and pummeled economies, leaving millions without jobs.

The central bank of Brazil, the hardest-hit country in Latin America, slashed its benchmark interest rate by three-quarters of a percentage point, saying the economy needed “extraordinarily strong” measures to fight the pandemic’s impact.

On the political front, Poland’s governing parties agreed to postpone the May 10 presidential election after it became clear it could not be held via a postal vote because of the outbreak. A new date was not immediately clear.

Trump said fallout from the pandemic has hit the United States harder than the December 7, 1941 Japanese bombing of Pearl Harbor or the September 11, 2001 Al-Qaeda attacks on New York and Washington. (READ: Trump backtracks on scrapping of White House coronavirus task force)

“This is really the worst attack we’ve ever had,” Trump told reporters at the White House.

The surprise Japanese attack on the Pearl Harbor naval base in Hawaii drew the United States into World War II.

The 9/11 attacks killed about 3,000 people, triggering two decades of US wars and anti-terrorism operations in Iraq, Afghanistan, and other countries.

Trump lashed out at China, continuing a war of words over the origins of the deadly virus that emerged in Wuhan last year.

China hit back Wednesday at US Secretary of State Mike Pompeo over his claims the virus originated in a Wuhan laboratory, saying he has no evidence. (READ: The Wuhan lab at the heart of the U.S.-China virus spat)

“This matter should be handed to scientists and medical professionals, and not politicians who lie for their own domestic political ends,” China’s foreign ministry spokeswoman said.

Scientists believe the disease originated in animals and jumped to humans – possibly in a Wuhan wet market where wild animals were sold.

So far, more than 73,000 Americans have died of COVID-19, and the former director of the Centers for Disease Control and Prevention predicted the toll in the US could top 100,000 by the end of May.

Tom Frieden warned US lawmakers to brace for a “long and difficult” war and urged dramatically expanded testing.

“Until we have an effective vaccine, unless something unexpected happens, our viral enemy will be with us for many months or years,” Frieden said.

The pandemic has killed more than 260,000 people globally and officially infected nearly 3.7 million, although because of limited testing, the number is believed to be far higher.

Europe accounts for the lion’s share of deaths and infections, though hardest hit Britain, Italy, Spain, and France have seen a leveling off of new cases and fatalities.

On the economic front, the news was less optimistic.

The eurozone economy is forecast to contract by a staggering 7.7% this year, EU Economic Affairs Commissioner Paulo Gentiloni said.

“Europe is facing an economic shock without precedent since the Great Depression,” Gentiloni warned.

Governments are seeking to revive their economies by slowly lifting lockdown measures that have hemmed in more than 4.6 billion people worldwide – while avoiding a deadly second wave of the virus.

Germany will allow all students back to school this month, shops to resume business and even restart the Bundesliga – though it will be spectator-free.

It will become the first of Europe’s major football leagues to return to the field.

In Britain, Prime Minister Boris Johnson said some lockdown measures could be scaled back from next week, though he warned against moving too briskly.

“It would be an economic disaster for this country if we were to pursue a relaxation of these measures now in such a way as to trigger a second spike,” said Johnson, who was himself treated in hospital for the virus.

Britain on Tuesday overtook Italy for the highest number of deaths in Europe, and is now second after the US in terms of fatalities.

France is inching towards a May 11 deadline to allow some schools to open again after almost two months out, while Spanish lawmakers extended a state of emergency keeping lockdown measures in place for at least two more weeks.

The vote came as Spain said foreign tourist arrivals plummeted by 64% in March, a major blow to a key economic lifeline.

In Washington, Trump, who is eager to get the world’s biggest economy restarted as he seeks re-election in November, said reopening was a priority.

“We have to get our country open again,” he said. “People want to go back and you will have a problem if you don’t do it.”

Trump also backpedaled on scrapping his coronavirus task force after Vice President Mike Pence suggested it could be done away with by early June.

As Trump weighed reopening the US, some students in Wuhan were back in class on Wednesday.

But there were new rules: mandatory face masks, thermal scanners, and desks spaced apart or separated by screens.

Elsewhere in Asia, workers went back to offices, and museums and libraries reopened in South Korea, once home to the region’s second worst outbreak after China. – Rappler.com