Israel soldier killed in West Bank ahead of annexation talks

May 12, 2020 6:53 PM PHT
Agence France-Presse
Facebook Twitter Copy URL
Copied
The US-Israel meeting, a day before a new Israeli government is due to be sworn in, will focus partly on President Donald Trump's controversial Middle East peace plan 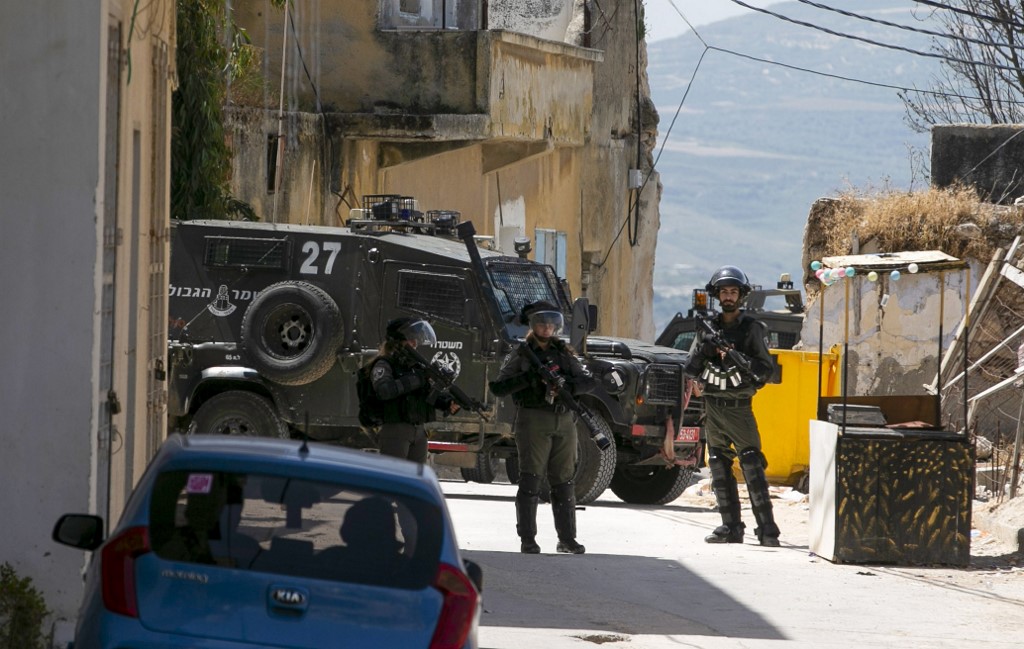 YAABAD, Palestinian Territories – The Israeli army suffered its first fatality this year on Tuesday, May 12, when a Palestinian stonethrower killed a soldier in the occupied West Bank, a day before US-Israeli talks on annexation.

The army said the 21-year-old soldier was hit in the head “during operational activity” in the village of Yaabad near the northern city of Jenin.

The unrest came a day before US Secretary of State Mike Pompeo is due in Jerusalem for discussions with Prime Minister Benjamin Netanyahu and incoming defence minister Benny Gantz.

The US-Israel meeting, a day before a new Israeli government is due to be sworn in, will focus partly on President Donald Trump’s controversial Middle East peace plan.

The plan, categorically rejected by the Palestinians, gives Israel the green light to annex Jewish settlements and strategic areas of of the West Bank.

For much of the international community, such a move by Israel would amount to a grave violation of international law and crush hopes of a two-state solution to the Israeli-Palestinian conflict.

Under the terms of the Netanyahu-Gantz coalition agreements, West Bank annexation plans can be brought to parliament or cabinet from July 1.

He described the village as “a known hotspot of terrorists and sympathisers and supporters of terrorist activities.”

The forces were leaving the village when the rock was thrown, striking the soldier on the head, he said, adding that troops were searching for the perpetrator.

Israeli troops remained in the village at noon Tuesday and were searching and arresting local residents, an Agence France-Presse photographer said.

Conricus said it was the first death of a soldier in combat this year.

Israeli Prime Minister Benjamin Netanyahu vowed that the “long arm of Israel will reach the terrorist and settle accounts with him.”

The circumstances echoed the May 2018 killing of a special forces sergeant during an arrest operation in Al-Amari Palestinian refugee camp near the West Bank city of Ramallah.

In that incident the soldier was killed by a stone block dropped on his head from a building.

The attacker was convicted by an Israeli military court and given a life sentence.

In an interview ahead of his visit with pro-Netanyahu newspaper Israel Hayom, Pompeo was quoted as saying that the implementation of West Bank annexations laid out in Trump’s plan were ultimately an Israeli decision.

“We will share our opinions in the best way possible,” Pompeo told the paper.

Israel has controlled the West Bank since seizing it in the Six-Day War of 1967, with nearly 3 million Palestinian residents living alongside roughly 400,000 Israelis residing in settlements considered illegal under international law. – Rappler.com