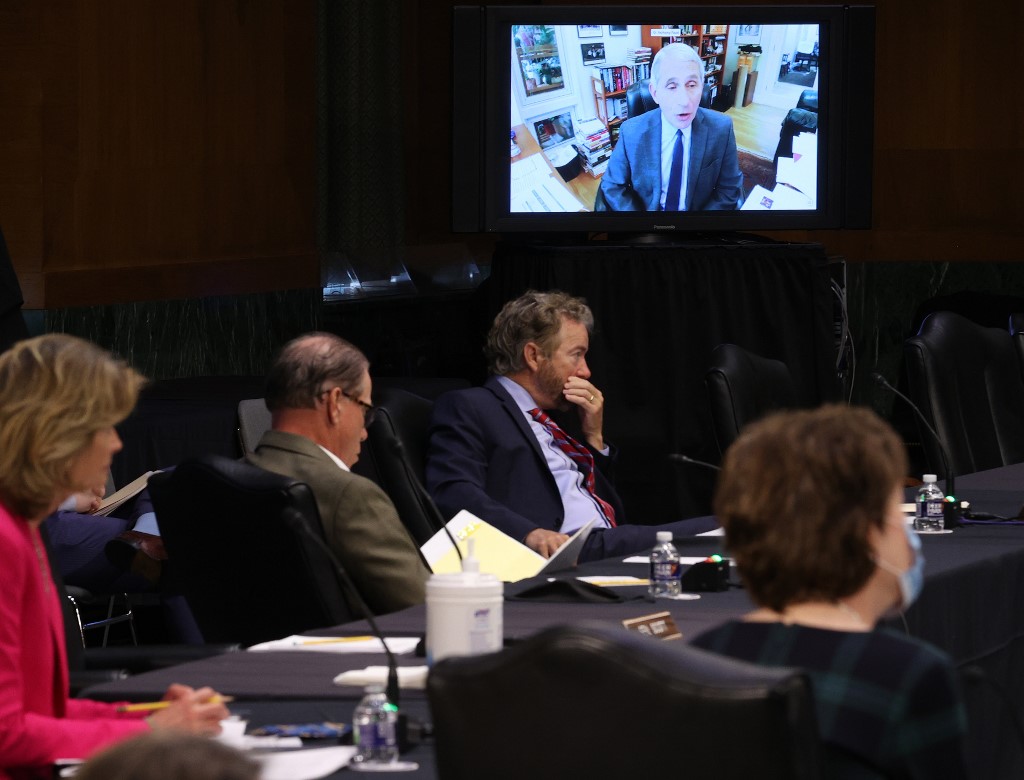 WASHINGTON DC, USA – The US government’s top infectious disease expert warned Congress Tuesday, May 12, that ending lockdowns too quickly could bring severe consequences including new outbreaks of coronavirus just as the country tries to overcome the pandemic.

Anthony Fauci told a Senate panel the federal government had developed guidelines for local jurisdictions on how to safely re-open activities, and a sustained decrease in cases for 14 days was a vital first step.

“If a community or a state or region doesn’t go by those guidelines and reopens… the consequences could be really serious,” said Fauci.

Fauci acknowledged that US deaths caused by the virus are likely higher than the roughly 80,000 fatalities in the current official government toll.

This, he said, was because many people particularly in hardest-hit New York died at home before they could be admitted to a hospital.

But he also said he was “cautiously optimistic” about the prospects of a vaccine, with 8 candidates currently undergoing clinical trials.

“We have many candidates and hope to have multiple winners,” he said. “In other words, it’s multiple shots on goal.”

Fauci, who has become the trusted face of the federal government’s virus response, was 1 of 4 top medical experts testifying remotely at the hearing of the Senate Health, Education, Labor and Pensions Committee.

The New York Times had earlier reported Fauci would warn the country would see “needless suffering and death” if it rushed too quickly to re-open, but the remarks did not eventually feature in his opening address.

There has been frequent speculation that Fauci’s forthright approach has irritated President Donald Trump, who has been accused of downplaying the dangers of the crisis as he rushes to restart the economy.

Tuesday’s hearing was Fauci’s first appearance before Congress since Trump declared the coronavirus pandemic a national emergency on March 13.

The director of the National Institute of Allergy and Infectious Diseases, Fauci himself is in “modified quarantine” after Vice President Mike Pence’s spokeswoman – who he had no close contact with – tested positive.

“Opening Up America Again” is name of the administration’s guidelines on a three-phase approach to help state and local officials reopen their economies, while observing medical advice on limiting the spread of the virus.

Among the administration’s requirements before moving to a phased comeback, states should have a “downward trajectory” of documented cases or positive tests, as a percentage of total tests, over two weeks.

There should be a robust testing program for at-risk healthcare workers, with asymptomatic cases screened as well, and contacts of positive cases traced.

Trump has been criticized as essentially abdicating any leadership role during the pandemic, leaving states on their own to grapple with their outbreaks and even bid against each other to obtain critical medical equipment on the open market or abroad.

While the situation has improved in New York – the epicenter of the US outbreak – progress has been slow elsewhere.

The US has reported more than 80,000 deaths and 1.3 million infections. – Rappler.com