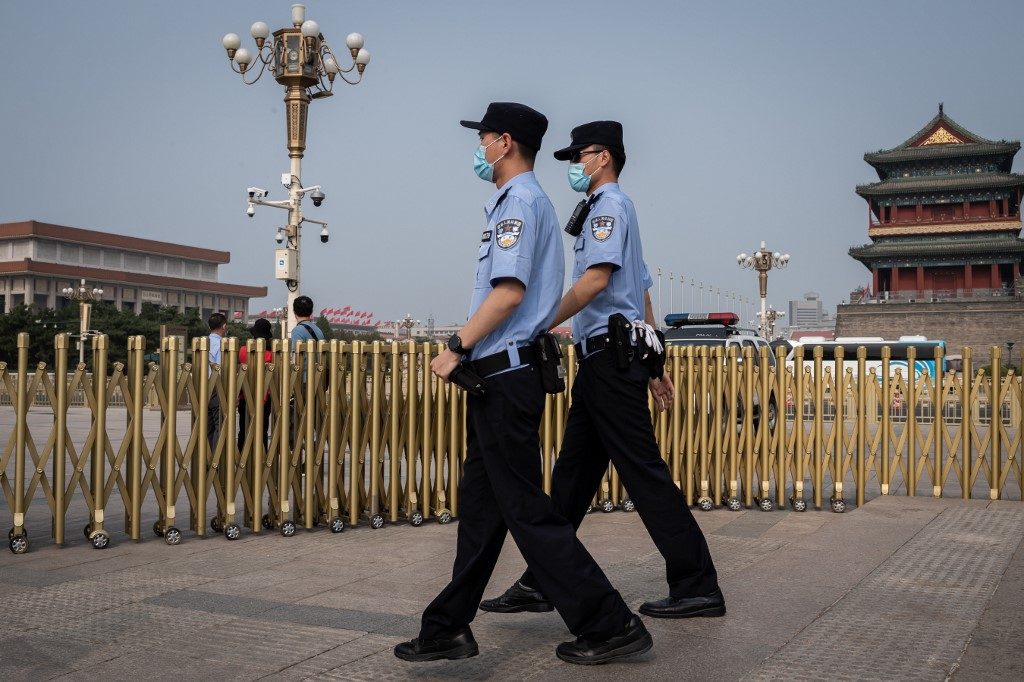 HONG KONG, China – Macau has refused permission for an annual photo exhibition of the Tiananmen crackdown for the first time in three decades, activists said Tuesday, May 12, accusing the government of stifling free speech.

The semi-autonomous city’s dwindling community of democracy supporters have marked the June 4 anniversary of Beijing’s bloody crackdown against protesting students since 1989 with a small vigil and an outdoor photo exhibition.

Organizers said permission was initially granted for the exhibition this year by the city’s Municipal Affairs Bureau but was later rescinded.

The Democratic Development Union described the decision as a “sudden U-turn” with authorities citing new administrative rules governing how public spaces can be used.

“For 30 years, we’ve been the organizer of the exhibition and we have always been happy to cooperate with the bureau and follow instructions,” the union wrote in an objection letter posted on Facebook.

“Nothing unpleasant has happened before and we have not brought any annoyance to the government or residents.”

Opposition groups accused authorities of stamping down on political discussion.

“The (Bureau’s) prohibition is obviously based on political reasons,” the New Macau Association, a pro-democracy group, wrote on Facebook on Tuesday.

“It is using administrative means to suppress freedom of expression and to minimize the space for the civil society.”

Local media said the head of the Municipal Affairs Bureau had denied the decision was political.

Both Macau and neighboring Hong Kong are former colonies that were granted certain freedoms and autonomy when they returned to communist China’s rule.

They are run by local governments staffed with pro-Beijing appointees but remain the only places in China where the Tiananmen crackdown can be safely marked or discussed.

On the mainland, any references to the crackdown are purged.

Hong Kong’s Tiananmen vigils have attracted hundreds of thousands of people, especially in more recent years as large chunks of the city chafe under Beijing’s rule.

It is not clear whether next month’s vigil will get permission given emergency anti-coronavirus restrictions currently limiting public gatherings.

There are only a handful of democracy activists in the gambling hub where there is a less ingrained culture of protest and dissent. – Rappler.com