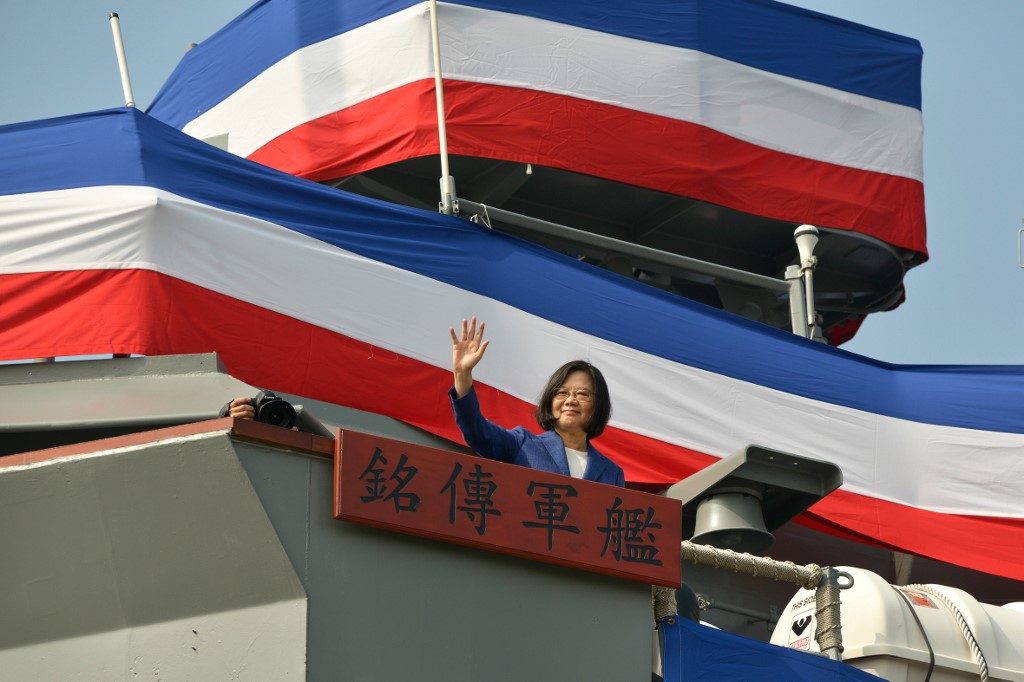 Facebook Twitter Copy URL
Copied
'Faced with the COVID-19 crisis, all our attention and all our efforts should be focused on the fight against the pandemic,' says the French foreign ministry

PARIS, France – France on Wednesday, May 13, batted away criticism by China over a weapons deal with Taiwan, saying everyone’s focus at this time should be on fighting the coronavirus epidemic.

The foreign ministry stressed that under a 1994 agreement that re-established ties with Beijing, France respected the so-called one-China policy recognizing Taiwan as part of China.

“In this context, France strictly respects the contractual agreements that it formed with Taiwan and nothing has changed in its position since 1994,” a ministry statement said.

“Faced with the COVID-19 crisis, all our attention and all our efforts should be focused on the fight against the pandemic,” it added.

China called on France on Tuesday, May 12, to cancel a weapons contract with Taiwan, warning the deal with the self-ruled island could harm diplomatic relations between Paris and Beijing.

Taiwanese media said the deal was worth over Tw$800 million ($26.8 million) to buy the Dagaie MK2 decoy launcher from a unit of French group DCI.

A source close to the matter told AFP the Taiwanese defense ministry has a contract to modernize its six French-made frigates.

“We oppose all weapons sales or military and security exchanges with the Taiwan region,” it said.

“We urge France to cancel this planned weapons sale to Taiwan in order to avoid harming Sino-French relations.”

France sold the 6 frigates to Taiwan for $2.8 billion in 1991 causing a freeze in diplomatic relations that officially ended in 1994.

Beijing still claims the self-governing island as part of its territory awaiting reunification, by force if necessary, even though the two sides have been ruled separately for more than seven decades. – Rappler.com