May 14, 2020 8:45 AM PHT
Agence France-Presse
Facebook Twitter Copy URL
Copied
'COVID has basically made my job almost obsolete,' says a nurse who works in pre- and post-operative care 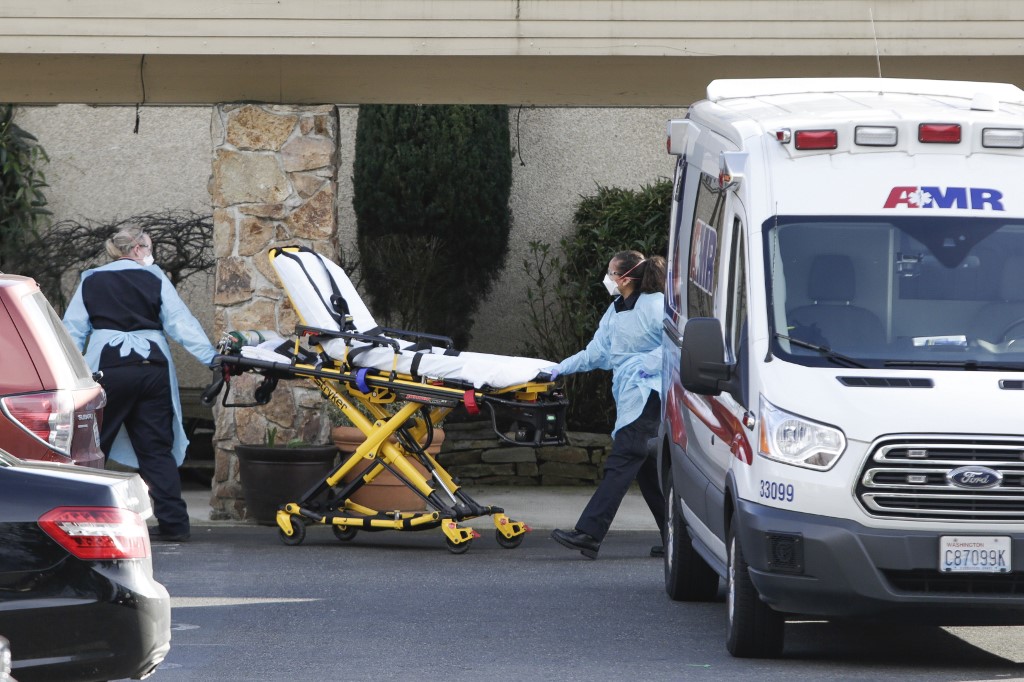 WASHINGTON, USA – Dayna James has been an emergency nurse for 17 years – and thought the COVID-19 pandemic would mean she’d have more work than ever.

Instead, she’s filing for unemployment benefits, an ironic twist of fate shared by 1.4 million of America’s 18 million health care personnel who have lost their jobs since March – including 135,000 hospital workers. (READ: U.S. suffers biggest job losses in history amid coronavirus)

“Here in south Florida, we don’t have the patients, the hospital can’t afford all of the staff to be on duty and just sit around,” said James.

The 40-year-old mother of 4 lost a two day a week teaching job at a university hospital in March, and is barely getting any work at the children’s hospital in Miami where she was previously a regularly contracted nurse.

The United States is the country hardest hit by the coronavirus pandemic, with more than 80,000 deaths and almost 1.4 million confirmed cases.

Epicenters include New York, New Jersey, and other cities across the country, but not all regions have been affected equally, with certain localities seeing a far lower COVID-19 caseload.

At the same time, elective procedures have all been put on hold since March, people with chronic illnesses or even emergencies are avoiding coming to hospitals out of fear they may become infected with the virus, and lockdowns have reduced the numbers of accidents.

James does remain on call – and was able to work on Sunday because of a shortage of staff on Mother’s Day – but her family is now mainly relying on her husband’s salary.

“I see other places keeping nurses on staff just in case. It just feels somewhat unfair,” she said.

In the capital Washington, a 34-year-old nurse who works in pre- and post-operative care at a major hospital said that she too was struggling.

“COVID has basically made my job almost obsolete,” she said.

“We haven’t done elective surgeries in two months, which is the main source of revenue for our department.”

The nurse, who asked to remain anonymous, is employed on a “per diem” basis, like many in the US health care system.

Her weekly hours had gone down from 36 to around 9, and she is relying on unemployment benefits and her savings.

For Howard Markel, a medical historian at the University of Michigan, the outcomes have exposed the weaknesses inherent in the business models adopted by US health care providers.

“American health care is financed, expanded, and makes a great many people wealthy by doing very expensive test and elective procedures, and building giant hospitals that are geared toward that type of business model,” he said.

This has created incentives geared toward testing and intervention, whether they are medically really needed or not.

Health insurers, both public and private, “pay for putting tubes into people, not for talking to people,” he said.

Since there is no single-payer public authority that mediates and caps prices, costs depend on negotiations between hospitals and insurers and have been rising for decades.

“It’s always been a house of cards, and what blew it down was a virus,” added Markel.

He is employed by the university’s medical school which is not paying contributions into employee’s retirement accounts for a period of one year starting July.

The American Hospital Association has estimated that losses across the sector for the March-June period will be $200 billion.

The organization predicts that reimbursements for COVID-19 patients, as well as $100 billion set aside for hospitals as part of a federal stimulus package, will be insufficient to cover the costs – which can exceed $80,000 for patients on ventilators, according to the Kaiser Family Foundation.

Beyond hospitals, other parts of the medical system have shut down entirely during the lockdown.

Dentists’ offices have lost 500,000 jobs in one month, according to official statistics. Optometrists and physiotherapists have been similarly affected.

Even in New York, pulmonologists closed their offices. Len Hurovitz, who is also an internist and runs a small practice with two employees, stopped everything for 5 weeks.

“It was about the third week in March when the phone stopped ringing – it was like a neutron bomb had gone off,” he said.

He has since re-opened, initially for telemedicine and now other consultations – with many of his patients coming in for COVID-19 antibody testing. – Rappler.com