May 14, 2020 2:21 PM PHT
Agence France-Presse
Facebook Twitter Copy URL
Copied
A long-awaited haircut is the top priority for many Kiwis after almost two months in isolation, with queues of tangle-headed customers forming at barbers before dawn 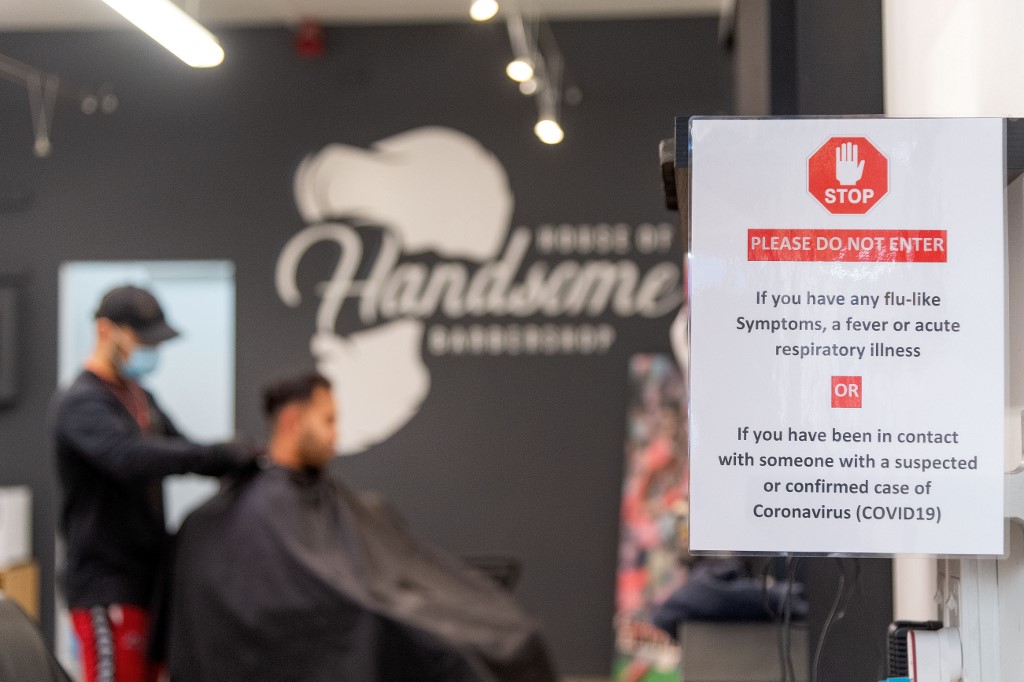 WELLINGTON, New Zealand – New Zealanders mingled with friends and hit the shopping malls for the first time in 7 weeks Thursday, May 14, as a national lockdown ended and businesses faced a “new normal” minimizing the constant threat of coronavirus.

A long-awaited haircut was the top priority for many Kiwis after almost two months in isolation, with queues of tangle-headed customers forming at barbers before dawn.

Retailers, restaurants, malls, cinemas, cafes, gyms and playgrounds were all allowed to reopen after the government relaxed COVID-19 restrictions.

The lockdown was among the tightest in the world and helped New Zealand become one of the most successful countries in containing the epidemic.

Thursday’s changes, which put New Zealand at Level Two on its four-tier alert system, also allow Kiwis to break their quarantine “bubble” and meet up with friends and wider family members.

“People are looking to get back to normal and being at Level Two will allow everybody to at least function to a degree,” retailer Mike Leigh told AFP.

Downtown streets in Wellington were once again jammed with traffic, although the usual crush on the capital’s commuter trains was non-existent.

Instead, red and green stickers were plastered on seats, indicating where passengers could sit while still maintaining social distancing.

The city’s main railway station smelled strongly of disinfectant as cleaners mopped and scrubbed between each influx of office workers.

Outside the station, Leigh stood at a makeshift stall selling brightly colored face masks at NZ$15 (US$9) apiece.

A carpenter by trade, he has not worked at his regular job since the lockdown began and spotted a gap in the market for facemasks, which were seldom worn in New Zealand before the pandemic.

“It’s been going pretty good, I’ve sold about 8 or 10 of them this morning, my wife makes them,” he said, adding “we’ll probably have to get a website”.

‘Not out of the woods’

At the suburban Queensgate shopping mall, there was extra security to ensure crowds did not congregate too closely before retailers raised their shutters for the first since late March.

Shops prominently displayed the maximum number of customers allowed inside alongside signs proclaiming “one in, one out”.

New Zealand, with a population of 5 million, has recorded only 21 coronavirus deaths and kept new cases to single figures over the past month.

Prime Minister Jacinda Ardern said she was hoping to catch up with her family face to face.

“I’m actually really looking forward to giving my sister a hug. I haven’t seen her for a couple of months because I haven’t been home,” she said earlier this week.

But authorities have warned there is no place for complacency and businesses of all types must use logbooks to record customer details in case there is an outbreak.

There are also stringent protocols surrounding the use of personal protective equipment and sanitizers that are likely to remain in force long-term.

“It’s not difficult, it’s more a matter of not forgetting that I have to do it after every client,” Wellington barber Dali Toma said, wiping down his chair.

Capacity has been reduced by more than a third to 92, with tables removed to allow more space between customers, and staff numbers and opening hours cut.

Morris was concerned the upsurge in business as people celebrated the end of lockdown could be followed by a downturn as the economic impact of the pandemic sank in.

“We’re very much the CBD crowd, but how many office blocks with be full?” he said.

“If they’re working from home then all of a sudden we’re not getting full… we’re not out of the woods yet.” – Rappler.com