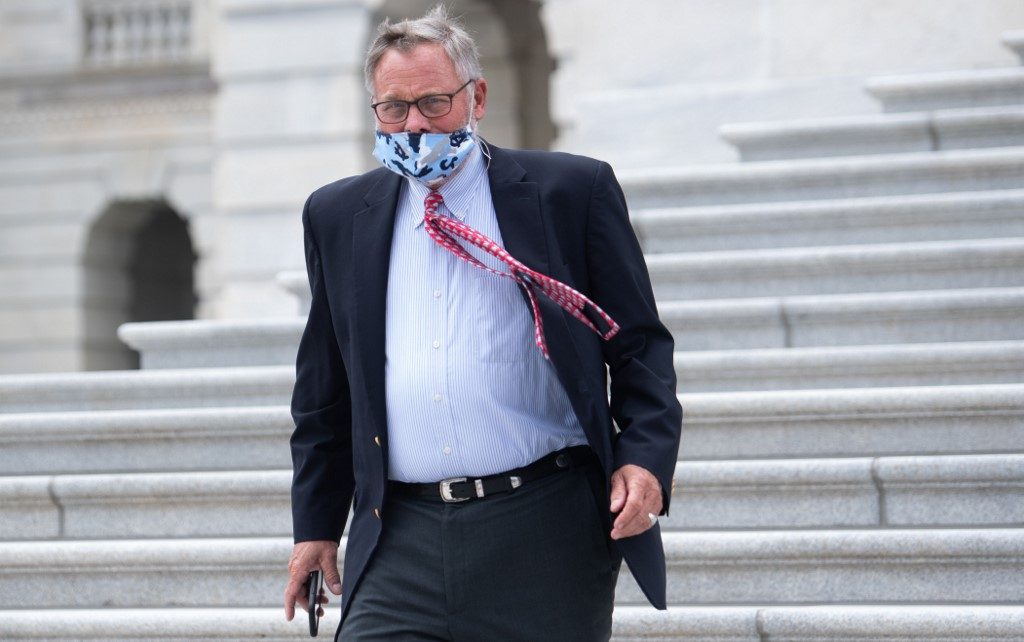 WASHINGTON, USA – Republican Senator Richard Burr, chairman of the powerful US Senate Intelligence Committee, stepped down Thursday, May 14, after the FBI seized his cellphone in a probe of alleged insider stock trading tied to the coronavirus pandemic.

Burr said he informed Senate Majority Leader Mitch McConnell that he would give up the chairmanship temporarily while the FBI investigation is ongoing.

“The work the Intelligence Committee and its members do is too important to risk hindering in any way,” Burr said in a statement.

“I believe this step is necessary to allow the committee to continue its essential work free of external distractions.”

Burr is under investigation over whether he used his access to highly classified intelligence to sell stocks in February – before the coronavirus pandemic struck the US, and while Americans were being told the virus’s threat was low. (READ: Global stocks mixed amid fears of second virus wave)

The Los Angeles Times said federal agents wielding a warrant seized his cellphone late Wednesday at his Washington home, after having first accessed Burr’s personal files on his iCloud account.

One of the most respected Republican senators, the North Carolina lawmaker drew attention after reports showed he had dumped most of his stocks and warned donors of the looming COVID-19 pandemic in February.

At the time President Donald Trump was playing down the danger to the public.

Burr, who receives almost daily briefings from the US intelligence community on threats to the country, wrote in a February 7 opinion piece published on the Fox News website that the US government was “better prepared than ever” for the COVID-19 virus, assuring Americans they were well-protected.

But on February 13 the senator and his wife suddenly sold off between $628,000 and $1.7 million in stocks, the ProPublica media group revealed in March, citing financial filings.

On the same day, Burr’s brother-in-law sold as much as $280,000 worth of shares, ProPublica also reported.

Since then stock markets have plunged as the disease swept the world. Some 1.4 million Americans have been confirmed infected and over 85,000 died, more than any other country.

Burr, who receives much of the same intelligence as the White House, clearly had a different private view of the threat than the government’s public stance.

Two weeks after Burr’s share sales, Trump assured the public that the 15 US coronavirus cases reported at that time could be the peak.

The same day Burr told a private gathering of wealthy donors that coronavirus was a threat akin the 1918 Spanish Flu, which killed tens of millions.

“There’s one thing that I can tell you about this: It is much more aggressive in its transmission than anything that we have seen in recent history,” he said.

An FBI investigation of a senior senator is rare and would have been approved at the highest levels of the Justice Department, legal specialists say.

Burr is respected for keeping the Intelligence Committee independent as it investigated Russian meddling into the 2016 election and possible collusion by President Donald Trump’s campaign.

He has also refused to rubber-stamp Trump’s controversial nominees to important intelligence community positions, amid worries over politicization by the White House.

But his stock sales sparked outrage as millions of investors saw their shares plummet after the pandemic forced a shutdown of much of the global economy.

It also drew attention to at least two other senators who made substantial investment shifts on the eve of the COVID-19 scare, Democrat Dianne Feinstein and Republican Kelly Loeffler.

Feinstein, a senior member of the Senate Intelligence Committee, has said her investments are held in a blind trust and that stock sales by her husband, a prominent California financier, were unrelated to the pandemic.

Loeffler, the wealthiest member of Congress, is married to Jeffrey Sprecher, chairman and main owner of the New York Stock Exchange through his company Intercontinental Exchange.

The couple reportedly sold as much as $3.1 million in shares between late January and February 14.

While the FBI has investigated Feinstein’s transactions, it is not known if they are also probing Loeffler, who has denied impropriety. – Rappler.com