Russia expecting sharp rise in May deaths due to virus 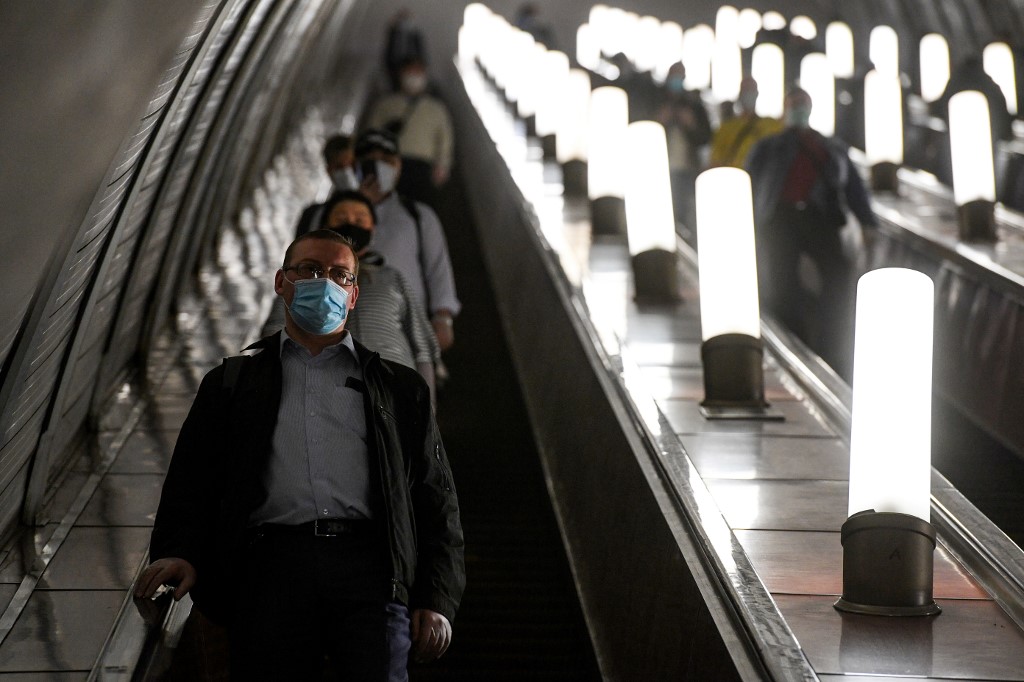 MOSCOW, Russia – Russia will see a sharp rise in the mortality figures for May, officials said Friday, May 22, as the coronavirus death toll rises. (READ: Russia reports record number of new virus deaths)

“There will be a significant mortality increase in May” Deputy Prime Minister Tatiana Golikova said at a government meeting with President Vladimir Putin, referring to official analysis and the country’s coronavirus curve.

“The illness and chronic conditions don’t always have a positive ending,” Golikova said, despite doctors trying to “save the maximum number of patients.”

Moscow Mayor Sergei Sobyanin also said the capital’s death toll for May would be “considerably higher than in April.”

His deputy Anastasia Rakova later explained in a televised interview that “the peak of mortality is usually delayed by two to three weeks after the peak of hospitalizations” for the coronavirus.

Russia registered 150 deaths from the coronavirus on Friday, its highest daily rate yet, amid criticism that the authorities are under-reporting deaths to play down the scale of the crisis.

Health officials have reported a total of 3,249 virus-related deaths, a fraction of the number in some European countries, while Russia has the second-highest number of infections in the world, after the United States, with 326,448 cases.

‘Seriously ill are building up’

Other countries with lower numbers of cases and more modern health systems, such as Italy, have reported 10 times the number of deaths.

Russian officials said fatalities will rise in May due to the number of gravely ill patients in hospital.

Around 109,000 people are currently hospitalized, with some 2,500 of those in intensive care, Health Minister Mikhail Murashko said Friday. The number in hospital has increased from around 80,000 on May 6.

“The number of deaths from the coronavirus will be higher in May than in April, because the virus peak was at the beginning of May,” Sobyanin said.

“The seriously ill are building up. Doctors try to save each one who lies there for two, three, or more weeks… unfortunately it’s not possible to save them all.”

Golikova said that around 4% of the current cases are in a grave condition, or around 9,000 people.

Some commentators said the statements were aimed at preparing Russians for much higher death figures.

“Based on Golikova and Sobyanin’s words, they are preparing the public for adjustment of coronavirus death statistics,” tweeted rights lawyer Pavel Chikov.

Russian officials said earlier this week that the virus situation in the country is gradually becoming less acute.

Sobyanin said Moscow – the worst-affected city – has managed to avoid the “worst-case scenario” and Putin said the “situation in the country as a whole is stabilizing.”

High-profile hospitalized patients include Chechen strongman Ramzan Kadyrov, who is suspected to have coronavirus, and Putin’s spokesman Dmitry Peskov.

Russia says its lower virus death figures are partly down to mass testing which has identified many coronavirus cases with mild or no symptoms.

The government insists that it records causes of death meticulously based on the results of autopsies and according to international standards set out by the World Health Organization.

But experts say the methods used mean some coronavirus patients will be recorded with a different cause of death.

There is a considerable delay in releasing statistics and official death figures for the month of April will only be available on May 29.

Those figures are expected to give a clearer picture of whether there has been a large year-on-year increase in deaths not officially attributed to coronavirus. – Rappler.com