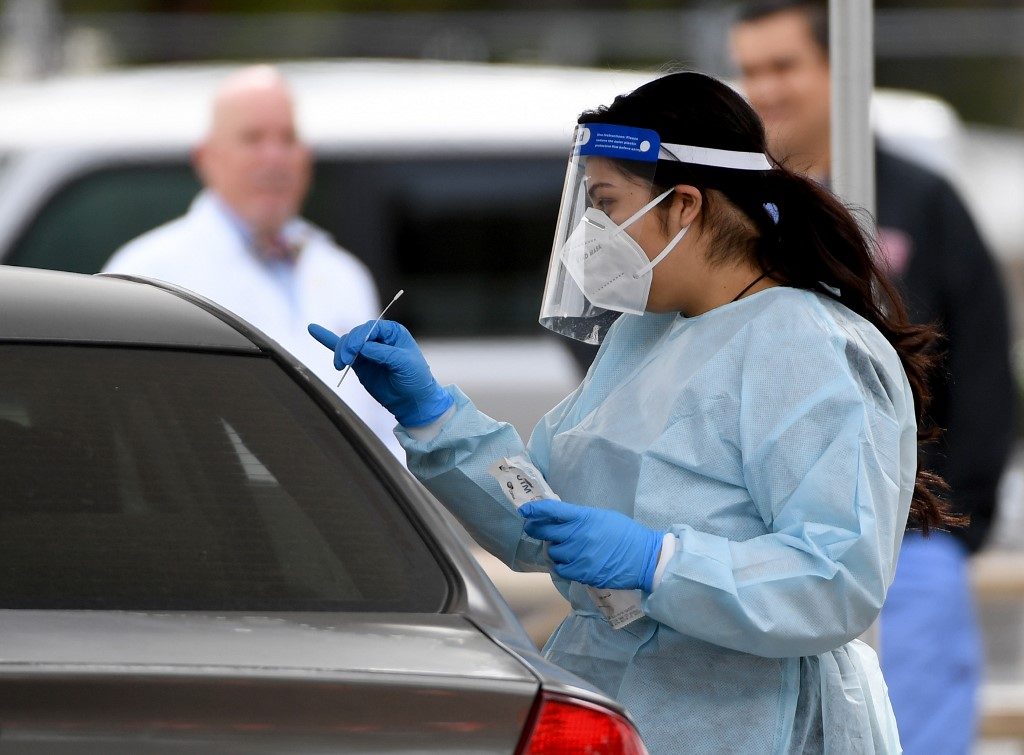 Facebook Twitter Copy URL
Copied
The United States officially logs 1,809,109 cases of COVID-19. The death toll and number of cases in the US are by far the worst in the world.

WASHINGTON, DC, USA – The United States on Monday, June 1, recorded 743 new coronavirus deaths in 24 hours, according to the Johns Hopkins University tracker, bringing its total to 105,099 since the global pandemic began.

The death toll and number of cases in the United States are by far the worst in the world.

The virus has killed at least 373,439 people around the world since it appeared in late 2019 in China, according to a report compiled by AFP from official sources.

In the United States, states have begun relaxing confinement measures intended to slow the spread of the virus in varying degrees.

But several major US cities have issued curfews in the face of violent protests sparked by the death in Minneapolis police custody of George Floyd, an unarmed black man who was killed last week after a white officer knelt on his neck for nine minutes. – Rappler.com