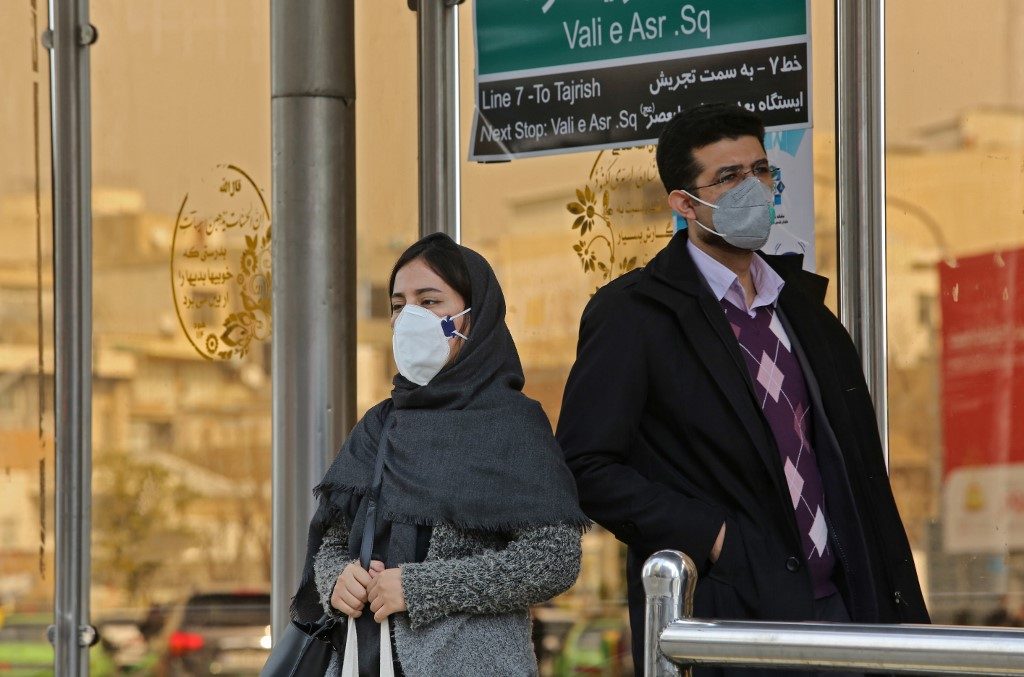 Facebook Twitter Copy URL
Copied
'Everybody must wear masks when attending places like stores or any other place where it is not possible to observe social distancing carefully,' says health ministry spokesman Kianoush Jahanpour

TEHRAN, Iran – Iran on Monday, June 8, urged its citizens to wear masks in public as it announced another 70 deaths from the novel coronavirus and 2,043 new cases of infection.

Health ministry spokesman Kianoush Jahanpour said the latest figures took the overall toll to 8,351 dead out of a total of 173,832 people infected.

“Everybody must wear masks when attending places like stores or any other place where it is not possible to observe social distancing carefully,” he said on state television.

Since announcing its first cases in the Shiite holy city of Qom in February, Iran has struggled to contain what quickly became the Middle East’s deadliest outbreak of the COVID-19 illness.

It initially imposed a series of measures aimed at halting its spread, such as the closure of mosques, but has gradually rolled back many of these steps since April.

The Islamic republic said on Sunday, June 7, that a recent upsurge in cases was due to increased testing rather than a worsening outbreak.

There has been skepticism at home and abroad about Iran’s official figures, with concerns the real toll could be much higher.

Rising infection figures since a low in early May and lax observance of social distancing have worried authorities, which have reiterated calls for strict adherence to health protocols.

“The majority of provinces are in a stable situation,” Jahanpour said on Monday.

He said the southwestern province of “Khuzestan is still red” – the highest level on the country’s color-coded risk scale.

Eight other provinces were “on alert,” he said.

“The provinces at risk should be more serious and cautious,” Jahanpour said, calling on people to avoid unnecessary travel. – Rappler.com