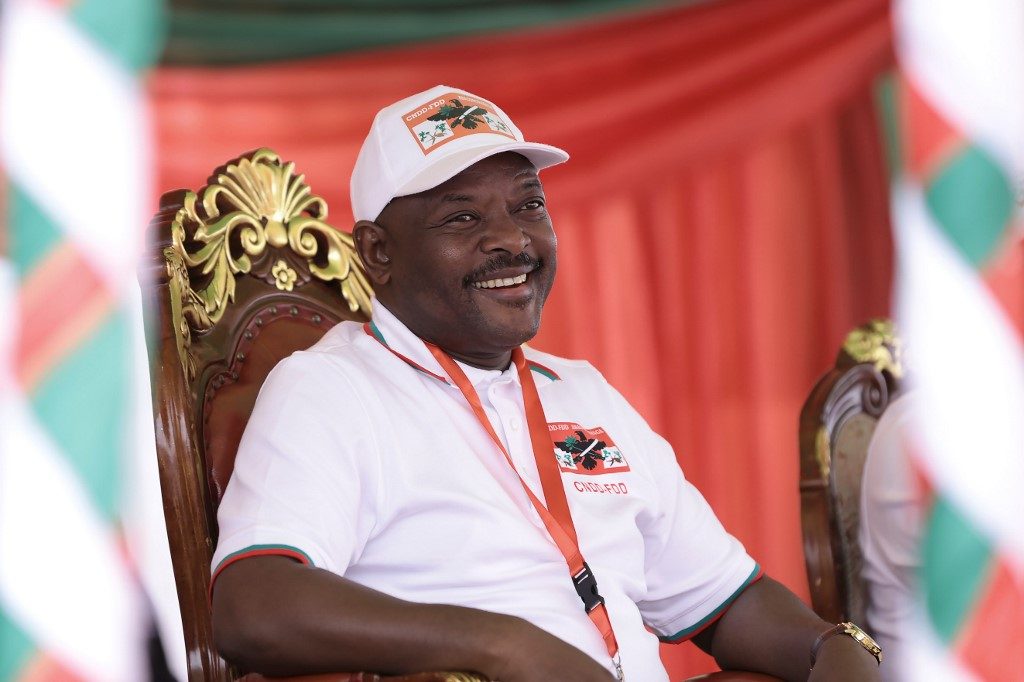 An evangelical who believed he was chosen by God to rule the East African nation, Nkurunziza came to power in 2005, when he was selected by parliament.

His controversial and ultimately successful bid for a third term in 2015 plunged the country into crisis.

Violence left at least 1,200 people dead, displaced hundreds of thousands and the authorities carried out a sustained crackdown on the opposition and media.

His death comes on the heels of elections on May 20 in which his handpicked successor, Evariste Ndayishimiye, secured a seven-year term as president – a result confirmed by the constitutional court last Thursday, June 4.

Ndayishimiye was due to be sworn in in August.

A statement from Burundi’s presidency on Tuesday said Nkurunziza was hospitalized over the weekend and that his health “abruptly changed” on Monday, June 8.

It said the country would observe 7 days of mourning beginning Tuesday. – Rappler.com