Jul 5, 2020 10:05 AM PHT
Agence France-Presse
Facebook Twitter Copy URL
Copied
The US remains the hardest-hit country in the world, followed by Brazil, Britain and Italy 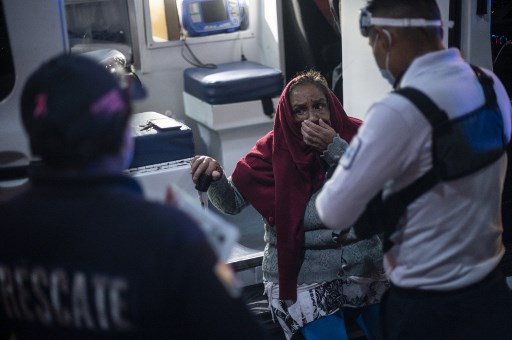 MEXICO CITY, Mexico – Mexico’s death toll from the new coronavirus rose to 30,366 Saturday, July 4, propelling it past France to become the country with the fifth-highest number of fatalities in the global pandemic, according to the health ministry.

“As of today, 30,366 people who had tested positive for COVID-19 in the laboratory have died,” Jose Luis Alomia, national director of the Department of Epidemiology of the Ministry of Health, told a press conference.

The US remains the hardest-hit country in the world, followed by Brazil, Britain and Italy, according to an Agence France-Presse (AFP) tally of official figures.

Alomia also reported 252,165 confirmed cases of the virus, with the number of infections rising by 6,914 since Friday – a record daily figure since COVID-19 reached Mexico.

The Latin American country, with 127 million inhabitants, had surpassed Spain in the number of deaths last Wednesday.

In the Americas, the epicenter of the pandemic, it is the third-most affected country after the US and Brazil.

At the end of May, Hugo Lopez Gatell, the deputy health minister in charge of the fight against the pandemic, told AFP in an interview that if containment measures were not taken, the number of deaths could rise to about 30,000.

Mexico City, the capital, is the urban center most affected by the disease – but that has not prevented municipal authorities from starting a partial economic reopening at the beginning of July. – Rappler.com