Jul 7, 2020 11:49 PM PHT
Agence France-Presse
Facebook Twitter Copy URL
Copied
The test 'has come out and it's positive,' Jair Bolsonaro says in a television interview from his residence in capital Brasilia, adding that he is taking hydroxychloroquine and azithromycin to treat the illness 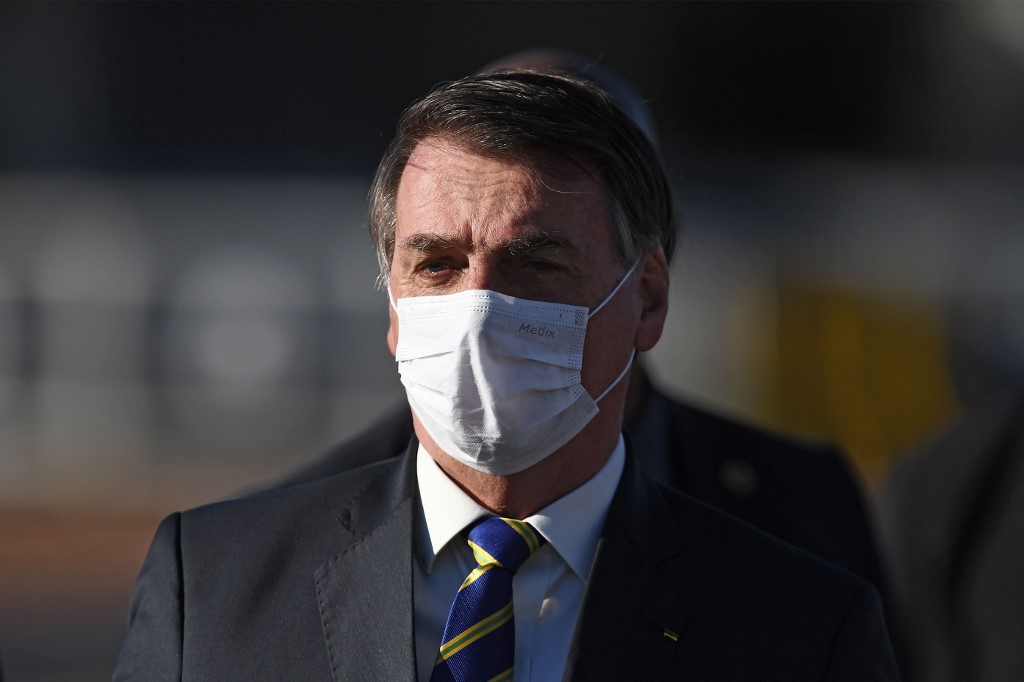 BRASÍLIA, Brazil – Brazil’s President Jair Bolsonaro announced on Tuesday, July 7, he had tested positive for the coronavirus but said he was feeling “perfectly well” and had only mild symptoms.

The far right leader has caused huge controversy in Brazil for repeatedly flouting containment measures and minimizing the risk of the virus, which has killed 65,000 people in the South American giant and infected 1.6 million.

The test “has come out and it’s positive,” Bolsonaro said in a television interview from his residence in capital Brasilia, adding that he was taking hydroxychloroquine and azithromycin to treat the illness.

Hydroxychloroquine is a medication usually used to treat malaria and lupus, while azithromycin is an antibiotic that can be used to treat pneumonia.

Bolsonaro, 65, said he started feeling unwell on Sunday, July 5, and got worse on Monday, July 6, feeling “tiredness, illness and a fever of 38 degrees” Celsius (100.4 Fahrenheit).

But he insisted he was feeling “good, calm” and took off his face mask to emphasize the point.

“Life goes on. We’re going to take care, particularly of old people and those with illnesses that are a risk factor,” he added before repeating his mantra that the “collateral effects” of the virus should not be worse than the illness itself.

On Monday, he announced he had taken a test and told CNN Brazil that he underwent an X-ray of his lungs at a military hospital as a precaution.

Local media said he had cleared his schedule for the week.

Since the beginning of the virus outbreak, Bolsonaro has minimized the risks of what he initially called “a little flu” and flouted social distancing rules and containment measures, such as wearing a mask in public.

Brazil is the second worst-hit country in the world by the pandemic after the United States.

Bolsonaro had been tested 3 times previously – all came back negative.

On Monday, he watered down for a second time a law that would require citizens to wear face masks in public.

On Saturday, July 4, Bolsonaro published photos on social media in which he is not wearing a face mask at a lunch with the US ambassador and several ministers celebrating the July 4th holiday. – Rappler.com