Bradley Manning: ‘I am Chelsea… I am a female’

Aug 22, 2013 9:23 PM PHT
Rappler.com
Facebook Twitter Copy URL
Copied
"I want everyone to know the real me," said the US soldier sentenced to 35 years for leaking secret documents 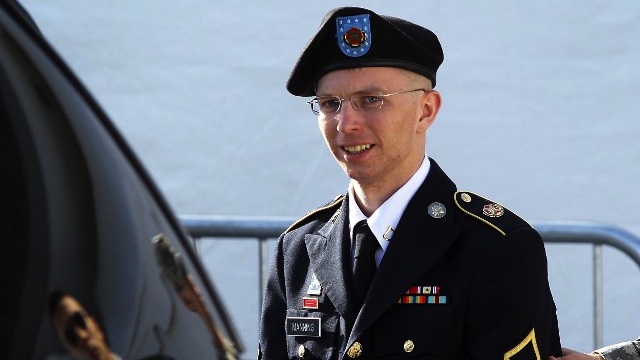 WASHINGTON, USA – Bradley Manning, the US soldier sentenced to 35 years for leaking secret documents, said Thursday, August 22, that he now considers himself to be a woman called Chelsea.

“As I transition into this next phase of my life, I want everyone to know the real me,” the 25-year-old said in a statement read out on NBC’s TODAY show in the presence of his lawyer, David Coombs.

“I am Chelsea Manning, I am a female.”

“Given the way I feel and have felt since childhood, I want to begin hormone therapy as soon as possible,” the statement said.

“I also request that starting today you refer to me by my new name and use the feminine pronoun.”

Manning will serve his sentence in military custody before being dishonorably discharged.

He has spent most of his pre-trial detention at the Fort Leavenworth military base in Kansas and he is expected to remain there.

Coombs said Manning waited to make the bombshell announcement so as not to overshadow the case.

During the proceedings against him, the court heard that Manning struggled with his homosexuality while in Iraq.

When asked by NBC whether Manning would sue to force the government to provide hormone therapy and possibly sex reassignment surgery, Coombs said:

“I don’t know about the sex reassignment surgery… Chelsea hasn’t indicated that that would be her desire, but as far as the hormone therapy, yes,” he said.

“I’m hoping Fort Leavenworth would do the right thing and provide that.”

Coombs said it was not Manning’s goal to be in an all-woman prison.

“No. I think the ultimate goal is to be comfortable in her skin and to be the person that she’s never had the opportunity to be,” he said. – Rappler.com