Mandela ‘fine’ as film on his struggle premieres in S.Africa

Nov 2, 2013 11:30 PM PHT
Agence France-Presse
Facebook Twitter Copy URL
Copied
The film based on the South African icon's autobiography will be released in the United States in December 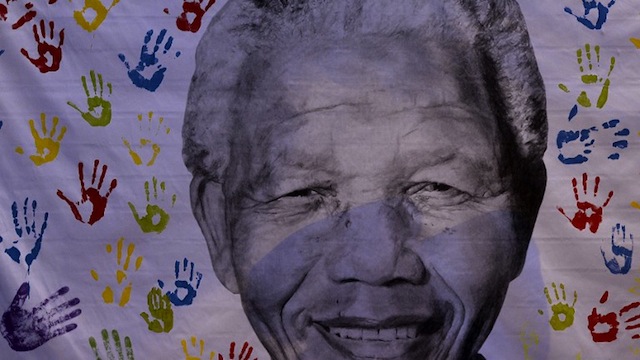 JOHANNESBURG, South Africa – Nelson Mandela is “fine” after his critical lung illness earlier this year, fellow ex-political prisoner Tokyo Sexwale said ahead of the premiere Sunday, November 3, of a film based on the South African icon’s autobiography.

“So all of you are wondering where is he. Madiba says of his state of health ‘I am not ill, I am just old’,” Sexwale told journalists on Saturday, November 2, using Mandela’s clan name.

“So, he is fine, he is out of hospital, he is back at home, that much is known. But his spirit is with us.”

Mandela, 95, has been receiving intensive care for a respiratory illness at his Johannesburg home since September 1 after spending 86 days in a Pretoria hospital in a critical condition.

Sexwale, a former government minister who like Mandela had been imprisoned by the white-minority apartheid regime, was speaking ahead of the premiere of “Mandela, Long walk to freedom”, which is to hit South African cinemas on November 28.

The film will be released in the United States in December.

The movie, largely based on Mandela’s autobiography of the same name traces the life of the anti-apartheid icon from his childhood in the rural Eastern Cape to his election as the country’s first black president in 1994.

“It was very emotional to watch it,” Mandela’s 53-year-old daughter Zindzi said of the movie, refusing to comment on her father’s health.

Mandela spent 27 years in jail for activism against the racist regime, and left his jail cell preaching equality and forgiveness, winning him worldwide admiration as a peace icon.

His lung problems date back to his time in jail and the former statesman has faced several health scares, but his latest hospitalization was his longest and forced adoring South Africans to come to terms with the mortality of the man who brought them democracy. – Rappler.com