Jan 26, 2014 10:10 PM PHT
Agence France-Presse
Facebook Twitter Copy URL
Copied
A local newspaper said 5.9 million rand (or P24 million) was paid to a local transport company linked to the ANC official, but reportedly not all of it went to driving mourners to the memorial service 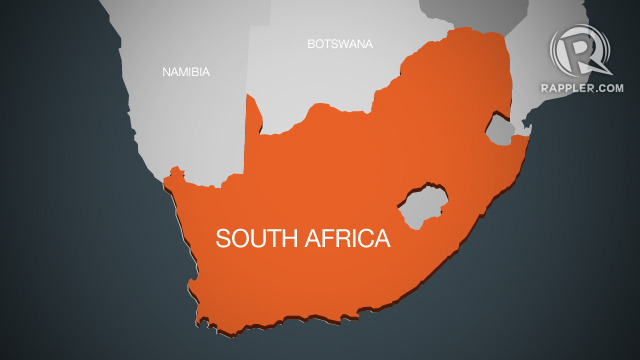 “Our conscience is alarmed by these allegations, that at the time of sadness, there could be such alleged occurrences,” said Mlibo Qoboshiyane, the Eastern Cape provincial government minister who is also the ANC‘s regional head of elections.

“We will urgently seek answers,” from the municipal authorities “about how this money was spent,” said Qoboshiyane.

An Eastern Cape provincial newspaper alleged that a senior official of the ruling ANC party had embezzled part of the money released by a municipality to transport mourners to the anti-apartheid icon’s memorial services last month. (READ: Nelson Mandela laid to rest)

Citing its own research, the Saturday Dispatch newspaper said 5.9 million rand (US$532,000 or P24 million) was paid to a local transport company linked to the ANC official.

But the paper claimed not all of it went to driving mourners to the memorial service, and suggested some of the money went into printing ANC t-shirts.

On Saturday, the opposition had demanded an investigation into the how the funds were used.

Opposition councilors in the Buffalo City Metropolitan municipality had raised concerns after media investigations showed that even the address that appeared on the transport company’s invoice was apparently false.

South Africa is due to hold general elections this year, and the ruling ANC is facing tough polls with voters increasingly disillusioned by allegations of corruption plaguing the party.

President Jacob Zuma this month kicked off his party’s election campaign with a slew of promises to crack down on rampant graft and poverty.

But his unpopularity was on show during Mandela’s memorial service in December, when angry South Africans booed him at the event which was broadcast live throughout the world. – Rappler.com