Day after: Still no sign of missing Malaysia Airlines 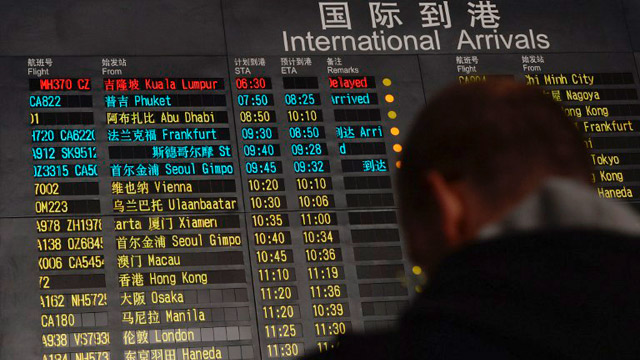 MANILA, Philippines – The Malaysian plane that went missing early Saturday morning, March 8, has not yet been found 24 hours after the accident.

In a statement released morning of Sunday, March 9, Malaysia Airlines said that search and rescue teams are still unable to detect the location of the missing aircraft. (READ: By the grace of God we missed our flight to China)

The Boeing 777-200 was carrying 227 passengers, including two infants, from 14 different nationalities, and 12 crew members. (READ: List of passengers)

Vietnam said it has spotted oil slicks in the sea where the Malaysia Airlines plane was believed to have disappeared. Vietnamese have been sent to check the area.

A Southeast Asian search rescue operations for the Malaysian place is currently underway. China, Vietnam, Malaysia, the Philippines and Singapore have sent vessels and jets for the effort.

Malaysia Airlines said they will set up a command center at Kota Bharu, Malaysia or Ho Chi Minh, Vietnam, as soon as the location of the aircraft is established. – Rappler.com