Mar 17, 2014 9:26 PM PHT
Agence France-Presse
Facebook Twitter Copy URL
Copied
More than a week after a Malaysia Airlines passenger jet vanished, a clearer picture is emerging of the events leading up to and immediately after its disappearance 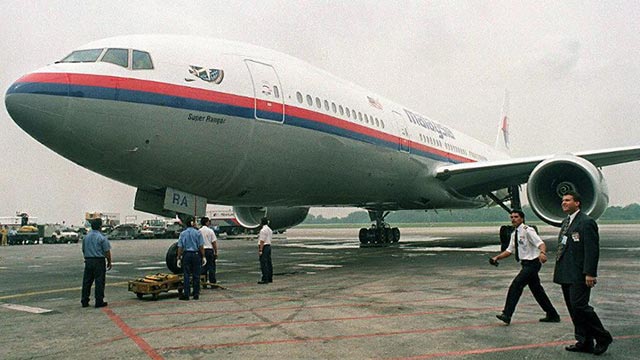 KUALA LUMPUR, Malaysia – More than a week after a Malaysia Airlines passenger jet vanished, a clearer picture is emerging of the events leading up to and immediately after its disappearance.

Much of the new information was revealed in a globally televised statement by Malaysian Prime Minister Najib Razak on March 15, which came after a week of false leads and dashed expectations during an intensive search in the South China Sea.

Najib revealed that the plane was apparently deliberately diverted and flown for hours after vanishing from radar — to the west of Malaysia, far from the South China Sea, where the search has now been abandoned.

However, the mystery surrounding the eventual fate of the Boeing 777, and the 239 people on board, remains as planes and boats from an array of nations scour a huge swathe of the Indian Ocean for any sign of wreckage.

Here is a timeline of the plane’s known last moments on March 8:

ACARS SHUTDOWN: The Aircraft Communications Addressing and Reporting System (ACARS), which transmits key information on the plane’s mechanical condition, is manually switched off some time between 1:07 am — when it sends its last data transmission — and 1:37 am, when the next transmission would have been expected.

LAST WORDS: An apparently relaxed final voice communication — “All right, good night” — comes from the cockpit at 1:19 am, as the plane passes from Malaysian to Vietnamese air traffic control over the South China Sea. The airline believes it was the co-pilot speaking.

TRANSPONDER SWITCHES OFF: The plane’s transponder — which relays radar information on the plane’s location and altitude — stops transmitting 14 minutes after the last ACARS transmission, at 1:21 am.

LAST RADAR CONTACT: The plane slips off Malaysian civilian radar screens at 1:30 am. While it continues to blip on military radars until 2:15 am, that sighting is only identified later as Flight MH370.

ROUTE CHANGE: The plane is believed to have turned sharply from its intended route after losing contact with civilian radar, flying west — back over peninsular Malaysia — before turning northwest.

LAST SATELLITE COMMUNICATION: Final, automated, satellite communications with the plane come at 8:11 am — suggesting it may have flown on for hours after the ACARS system and transponder cut out.

The satellite data cannot pinpoint a location for the plane at 8:11 am. It places it anywhere on one of two huge arcs — one stretching north from Malaysia up to central Asia, and the other south, deep into the Indian Ocean towards Australia.

A total of 25 countries are now involved in the massive hunt for any sign of the plane, with Australia announcing on March 17 that it is taking charge of the search in the southern arc.

In the first weekend of the plane’s disappearance, it emerged that two passengers were travelling on stolen EU passports, fuelling speculation of a terrorist attack. Police then concluded that the pair were illegal Iranian immigrants.

But the terrorism thesis is now back in the spotlight along with possible hijacking or deliberate action by one or other of the pilots, who are now under investigation by Malaysian authorities along with the cabin crew, the passengers and ground engineers. – Rappler.com